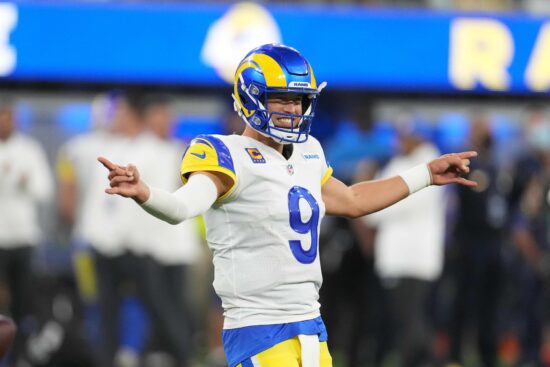 The Los Angeles Rams and the Indianapolis Colts will meet on Sunday afternoon for a very important game for both teams. The Rams started out their season with a big win over the Bears while the Colts struggled in a loss to the Seahawks. The Rams have Super Bowl aspirations this year while the Colts are simply trying to make their way back to the playoffs.

These teams do have one thing in common – a new starting quarterback. Matthew Stafford is manning the offense for the Rams this season, and Carson Wentz is behind center for the Colts. Both of these teams are looking to avoid rocky starts to the year, and the Rams and Colts both have a good chance to avoid that on Sunday afternoon.

Colts Look to Win Their First

The Colts are looking to get their season on track with a win against the Rams. For the Colts playoff hopes, they can’t afford to lose the first two games of their year, especially with the Tennessee Titans in the division. The Colts need to be able to get some non-divisional wins early in the year to not fall behind the Titans too much.

There are a few teams this year that are going to be fighting for a wildcard spot, so it is paramount that the Colts get a win here to help their chances down the road. If Wentz does not lead his team to a 1-1 start, then the Colts could start to spiral downward this season.

While the Colts are looking to start the year 1-1, the Rams are looking to avoid it. Year in and year out, the Rams have fielded a competitive team, and this year is no different. With Stafford behind the center, there is a different feeling throughout their offense. Against the Bears, the Rams looked like they played freely on the offensive side of the ball and were very confident in their playmaking ability.

For the Rams to make a deep run in the playoffs, they will need to accumulate as many wins as possible. They are not a great playoff team on the road, as we’ve seen in seasons past. Stafford is also likely very hungry to get into the playoffs.

Who will win Sunday’s NFL game:

The Colts will come out firing in this one and could very well cover the spread. They are a good team that just seems to get off to slow starts to start the season. I think that we will see the Colts grab an early lead, but the Rams will come back and win in the end. Take the Rams moneyline and the Colts to cover the spread as your best bets.