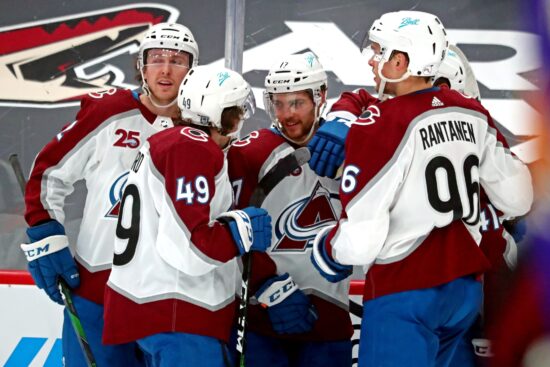 The Arizona Coyotes start their seven-game road trip in Denver, where they’re without a single win against the Avalanche since 2017. NHL odds suggest the Coyotes are in for another loss, but this team is determined to cause an upset. Most of Arizona’s players are fit and ready for this game; it’s just the opposite when it comes to the Avalanche, which could be without as many as seven key men.

We’ve seen two Coyotes vs. Avalanche matchups already this year, both of which were won by Colorado. One of those games remains the biggest defeat the Coyotes have suffered in 2021. The score was 6-2 for the Avalanche.

It’s a big defeat, surely, but not many people were surprised by it. After all, in 2020, Colorado managed to beat Arizona 7-1 on two occasions. Still, in all those games, Colorado’s squad was almost 100% full, with no major injury problems.

This time, it’s a bit different story. The Avalanche could be without seven players, including those who missed Sunday’s loss to the Anaheim Ducks. In that game, Colorado was without Nathan MacKinnon, a forward who was its best player in the 2019-20 season. Matt Calvert, another forward, also missed that game, as well as four defensemen – Erik Johnson, Cale Makar, Dennis Gilbert, and Bowen Byram.

On top of everything, goalie Pavel Francouz remains sidelined with a lower-body injury. He will surely miss the Arizona game, while the rest remain doubtful.

The Coyotes Bounce Back After 2-0 Down Against the Wild

Unlike Colorado, Arizona has no injury problems. Another good news for the Coyotes is that their players probably feel confident about their chances tonight. They’re coming to Colorado after a big comeback in the Minnesota game.

On Saturday evening, the Coyotes hosted a game against the Wild, which the visiting team was favored to win. It all started well for the Wild, who got a 2-0 lead in the first period. But then, the Coyotes made a comeback, scoring five goals.

Tyler Pitlick scored two goals in that game, while Conor Garland, Jakob Chychrun, and Lawson Crouse scored a goal each. Equally impressive was Darcy Kuemper, who let only two of the 34 shots get in.

Who wins the Coyotes vs. Avalanche game tonight:

The Colorado Avalanche should, but not as easily as before. We probably aren’t going to see the Coyotes getting demolished as they did in a previous couple of games with the Avalanche. In fact, this could turn out to be a very close game.