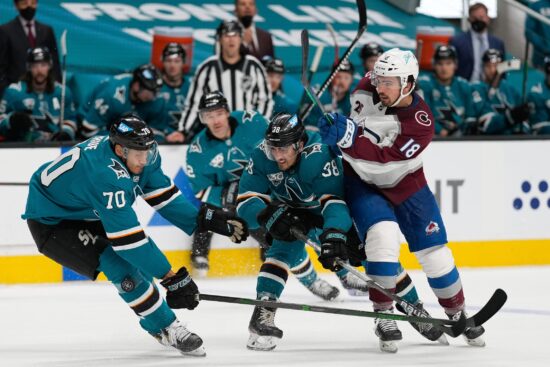 San Jose has been playing top hockey over the last couple of weeks. However, it’s already too late for them – they have no chance of getting to the postseason.

In fact, the highest they can finish is the #5 spot, which is currently occupied by the Arizona Coyotes, a team that’s won only three points in the past six rounds. As a result, Arizona has lost the race for a spot in the playoffs.

The End of Arizona’s Playoff Dreams

Up until two days ago, the Arizona Coyotes were in the competition for the playoffs. They had a chance of getting to the #4 place, which no longer is the case following their loss to the Los Angeles Kings on Wednesday evening.

The Coyotes have only themselves to blame. Just some ten days ago, they were favored to finish the regular season in the top four. However, they entered a losing series in a crucial moment of the season.

Everything started in early April when they lost five straight games. From there, they had a mixed success, which kept them in the conversation for the postseason.

However, since the start of May, their form went downward. They got one point from the match with the Golden Knights in the first game they played this month. In the next two (both against the Kings), they collected zero points.

As a result, the Coyotes are now six points away from the #4 team, the St. Louis Blues. As they only have two more games to play before the end of the regular season, the Coyotes’ playoff dreams are officially over.

In early April, we saw the Sharks losing eight games straight. However, they then beat the Coyotes on two occasions.

Then, the four-game series with the Colorado Avalanche came. They lost the first two, as expected. However, in their third clash, the Sharks got themselves a point after losing in overtime.

The final of the four Avalanche matchups saw the Sharks getting a win. The final score was 3-2 in a game in which Colorado players were very motivated (as they’re still competing for the #1 place in the West).

Thanks to their decent run, the Sharks have created a chance to move up two positions in the West Division table before the season wraps up. Unfortunately, the highest they can get is the #4 place, meaning that they cannot qualify for the postseason.

Who wins the Coyotes vs Sharks matchup tonight:

The Sharks probably feel better emotionally than the Coyotes, whose playoff dream got crushed two days ago. Although neither team has much to play for, San Jose might be slightly motivated to win the game. After all, tonight’s Coyotes vs. Sharks game is played in front of a (limited) crowd at SAP Center.