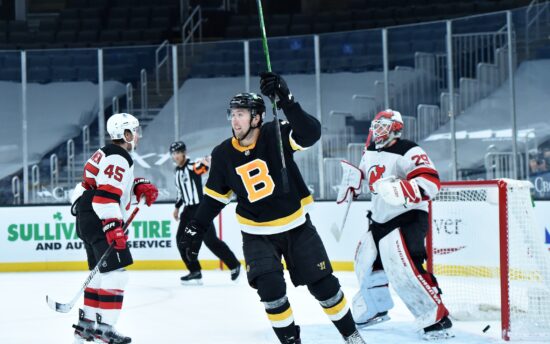 Both of these teams have been the top two teams in the Eastern Division for the last few weeks now. The Flyers sit three points behind the Bruins at 19 points mainly because they have lost to them every single time so far this season despite having the same amount of regulation losses.

Meanwhile, the Bruins have struggled as of late with two consecutive losses, something that has been rare for them this season. Still, this team is by far the most talented team in the Eastern Division this season but can they defeat the Flyers for the fifth straight time?

What I mean by efficiency is the fact that this team is averaging over three goals a game yet only takes around 23 shots a game. They are finding the open holes in people’s zones and just exploiting it game after game. So far James van Riemsdyk has been the best at this for the Flyers with seven total goals but has found the back of the net five times on power plays.

What has been even better for the Flyers is the fact that their defense has stepped up to support their offense. The Flyers were dismal at the beginning of the season and committed numerous penalties but now have calmed down a bit with just a little over 100 minutes in the box on the season. The play of their goalies has also improved with Carter Hart and Brian Elliott both having above 90 percent save averages.

As I said earlier the Bruins were in rarified air by losing back-to-back games this season but nothing a game at home against a fresh opponent can’t fix. This is still a team that has opponents scoring less than three goals a game on just a 25 shot average as well. This is thanks to great defense but also great reactions from Tuukka Rask and Jaroslav Halak both having spectacular years in goal.

As far as offense goes for the Bruins, the story for them has been taking advantage on the power play. They have converted on nearly one-third of all their man-up chances this season with 14 goals. This is something they have desperately needed however to win games as they don’t blow teams out when at even strength averaging just below three goals a game. If they can somehow manage to increase offensive production when playing five-on-five hockey they could get even better which is scary.

Who wins NHL game tonight between Flyers vs Bruins

I believe this game will come down to who can stay out of the penalty box the most. The Flyers have the better offense but the Bruins have the better defense so any chance to score up a man could determine the winner.

With that being said, it is hard to pick against the Bruins who have been deadly at home this year and I think they have just had the Flyers number all this season. If anything, we’re backing the under 5 goals however with strong defenses coming to play.