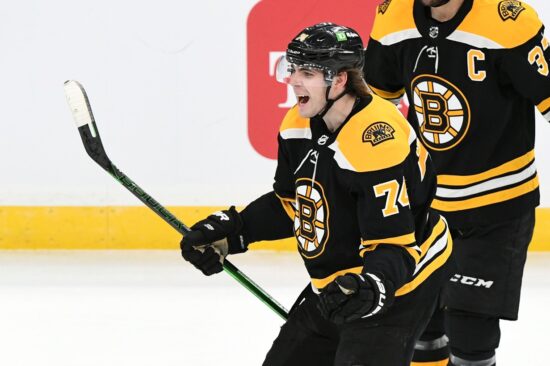 A high-scoring affair between these two teams last Thursday resulted in the Flyers second loss of the season as they fell 5-4 to the Bruins in a highly entertaining game that ended in a shootout. Philly tallied the first two goals of the game in the second period from Travis Konecny and James van Riemsdyk after a relatively quiet opening 20 minutes.

Then the game just exploded in the third with six total goals resulting in a 4-4 tie heading into overtime where apparently both sides had done enough scoring for the night and it went into a shootout.

Neither side even made a goal in the shootout until Boston’s Jake DeBrusk finally came through with the eventual game winner on the Bruins last shot attempt. Now I expect a equally entertaining game between these high-flying squads on Saturday.

Giving up 10 goals in three games is never ideal, but when you have a offense as good as Philly’s you will usually come out with a winning record still. The Flyers are 3-1-1 so this still remains true as they average nearly four goals a game but tend to give up the same amount. Soft defense will do that for a team giving up a crazy 39 shots a game yet somehow have only given up over three goals twice.

The Flyers season in a nutshell has boiled down to this one stat: they have scored a crazy nine powerplay goals, almost half of their goal total on the season, but have also given up nine as well. Still there’s a method to the madness it seems in the form of wide range of scoring.

Center Kevin Hayes leads this team in points with seven but most of it is from assists which he has five of. In total, 12 Flyers players have scored this season meaning they are a threat to put the puck in the net on any line they have out there, that can make any team nervous.

A Breakthrough for Boston?

They were averaging nearly 40 shots a game before Thursday and their tough defense had still kept them in every game by only letting opponents get off less than 25 a game. Perhaps just one game is all it will take to get Boston going again but time will tell if this goal spurt was just a fluke or not.

Who wins NHL tonight between Flyers and Bruins:

Whoever stays out of the penalty box the most will win this game. Like Philly, the Bruins also live and die by the penalty kill or powerplay; adding five of their eight regulation goal total on the power play but also giving up five as a result. However the Flyers can actually score more goals at even strength which is what really matters here in this matchup so if both teams stay penalty free, give the nod to Philly in this one.