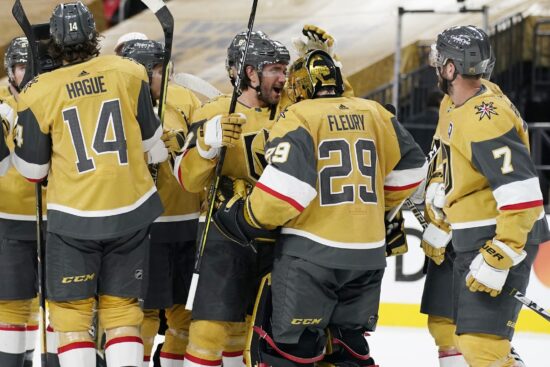 The Vegas Golden Knights are in a fantastic run, with 10 straight wins, in which they scored 45 goals while conceding only 17. As a result, they have secured a place in the playoffs and will probably get there from the first position in the North Division.

Unlike Vegas, the Coyotes have been pretty disappointing lately, with nine defeats in the past 11 games. However, they still do have a chance to qualify for the postseason, but for that to happen, they need to start winning.

The Golden Knights have been nothing short of brilliant. Their form in April has helped them secure a place in the playoffs. On top of that, they’re now one step away from securing the title of the West Division.

In the previous game, they beat the Colorado Avalanche 5-2, the team that’s their main competitor for the divisional title. As a result, Vegas is now six points ahead of the next two teams.

It’s very likely that the Golden Knights will remain in the #1 spot, considering that there are only eight games left for them to play.

In the remaining games of the regular season, the Golden Knights will get to play against a couple of big underdogs – the Sharks, Blues, and Coyotes.

The next two games (against the Coyotes) seem like a perfect opportunity for the Golden Knights to get the job done.

Arizona Still Dreaming of the Playoffs

The Coyotes are five points away from the #4 place. Unfortunately, the team that’s currently in that position (St. Louis) has played two games fewer. This makes Arizona’s chances of getting to the postseason very slim.

However, the battle still isn’t lost. After two tough matchups with Vegas, the Coyotes’ schedule gets easier. They get to play two games against the Kings, as well as two against the Sharks.

The bad news is that they might miss one of their best players, Conor Garland, in at least some of those games. About a week ago, he injured his knee, the result of which he’s going to miss the two games against Vegas.

Garland’s absence will probably affect this team’s chances, considering that he’s been their top assist maker this season with 22 assists. On top of that, he’s also scored 10 goals so far.

Who wins the Golden Knights vs. Coyotes game tonight:

Vegas just looks impossible to beat at the moment. Sure, Arizona will have the motivation to win, but that probably isn’t going to be enough. Instead, the Golden Knights will probably get their 11th straight win.