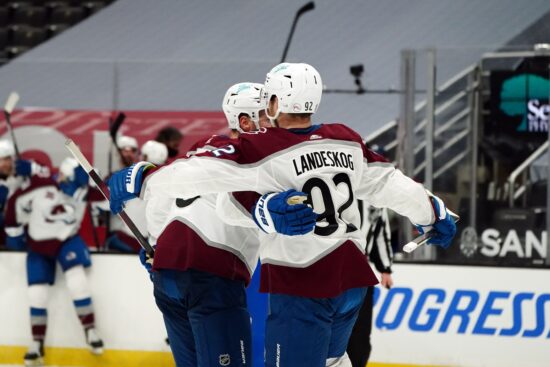 NHL odds suggest that the Colorado Avalanche is the #1 favorite for winning the 2021 Stanley Cup. This team is currently priced at +700, which is shorter than any other team in the league. Still, the fact is that they haven’t been playing too well so far, with a 2-1-0-2 record in six games. They have a chance to improve their stats in the Avalanche vs Ducks game on Sunday.

The first Avalanche vs Ducks game of the season happened on Friday evening. After 2-2 in the regulation, Colorado got a win in the second minute of the overtime. The man they have to thank for this win is forward Gabriel Landeskog who scored the winner on defender Cale Makar’s assist.

The Avalanche had a chance to finish the game on time, but forward Nathan MacKinnon missed a penalty at 08:31 in the 3rd Period, when the score was even, 2-2. Despite missing the penalty, he remains Avalanche’s best player in 2021, with 7 points (2 goals and 5 assists).

When it comes to Anaheim’s best players from the last year – Adam Henrique, Rickard Rakell, and Ryan Getzlaf – they’ve all been playing well so far. In fact, Henrique got himself a goal in the first Avalanche vs Ducks game, while the other two made assists. Still, even their best players haven’t been able to save the Ducks from losing so many games this season.

Even though neither team can be too pleased with their performances in the 2021 season, the fact is that things could’ve been much worse if it weren’t for their goaltenders. Anaheim’s John Gibson and Colorado’s Philipp Grubauer are currently among the top 10 goalies in the league when saves are concerned.

In the Avalanche vs Ducks game on Friday, Grubauer made 36 saves. On the opposite end, Gibson made 29 saves for the Ducks, including MacKinnon’s penalty. In the same game, we saw Grubauer making a spectacular save (actually two saves in one) against Ducks’ winger Jakob Silfverberg.

Apart from protecting his goal, Grubauer has been very helpful in the offense this season. In fact, in the game against the Blues, the Avalanche goalie got himself an assist. The same game saw Grubauer recording his 12th shutout of the career.

Who wins NHL tonight between Avalanche vs Ducks:

The Colorado Avalanche are a better team than the Anaheim Ducks. In fact, they’re one of the best teams in the NHL. The problem is that they haven’t been showing it too much in 2021. However, the season is still in its early stages, so there’s plenty of time left for Colorado to demonstrate their power.

It’s very likely that we’re going to see them winning this game in the regulation. Still, considering that the Ducks have been pretty decent in the defense, they probably aren’t going to score too many goals.