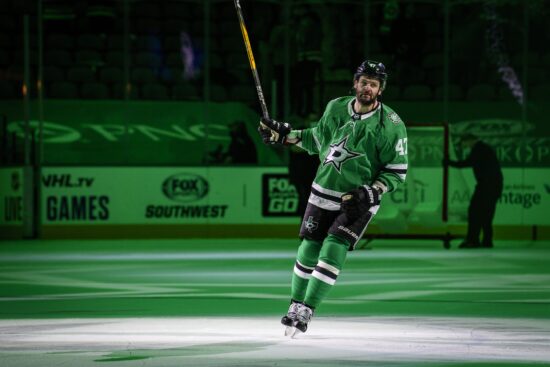 The defending Western Conference champions and Stanley Cup runner up Dallas Stars opened up their season on Friday with a resounding 7-0 trouncing of the Predators. This team started their season way late due to the pandemic issues within their squad, but nonetheless they are here now and clearly here to win.

Center Joe Pavelski tallied two goals and two assists in this game for a total of four points already, beating out the leading point man for the Predators despite them playing three more games already.

Now Nashville must regroup and get their minds right after not being sure of what to expect from a team playing their first game but now they certainly do. Meanwhile the Stars will just be looking to take care of business on the road to getting back in the cup final.

It took a while to see this team in action but it was worth it. After shaking the rust off in the first period after not playing hockey since basically October, the Stars put up five unanswered goals in the second period effectively ending it for the Predators.

They did all this also while being down in faceoffs and penalty minutes, but they were the more aggressive team tallying seven more hits. More importantly five of their seven goals came on the power play as the Stars converted over 60 percent of their chances taking advantage of the high rate the Predators spend in the box.

Other than the pure dominance they had in this game, I have no notes on how they could be better just one game into the season. The lack of faceoff wins is a little frightening considering there are better teams than Nashville out there who would make the Stars pay for a deficit like that but luckily it was a get right game.

Predators Better Than This?

Clearly yes. Nashville opened up the season with back-to-back wins over the Blue Jackets but are back on a downward spiral with losses to the Hurricanes and the ugly one to Dallas I mentioned above. The key for them will be finding a more reliable scoring option.

It is great when you can have balance throughout your multiple line groups, but the fact that this team’s leading point total man only has three through four games means that nobody stepped up to separate themselves as a reliable option and is the best by default. If they had one of these men to take charge they would have converted a lot of those face off wins into goals at least once.

Who wins NHL tonight between Predators vs Stars:

The Stars win. Who else could I pick against despite them having just one game down so far? I raved about the Stars offense and how they failed to win faceoffs which is why goalie Anton Khudobin’s 34 saves were even more impressive.

This was because Nashville as a result held the puck for way longer by winning these faceoffs and yet still couldn’t put it pas the 34-year-old netminder. Pick against this complete team at your own risk.