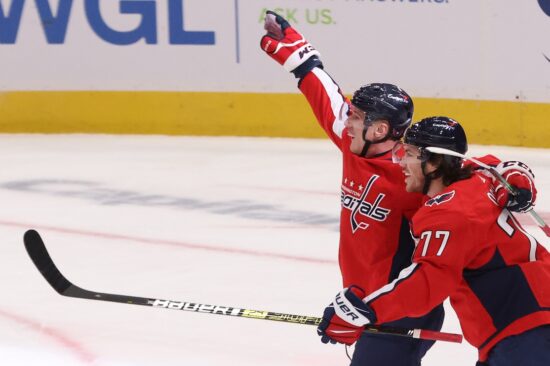 The NHL announced before the start of the season that teams would be playing each other within their divisions only due to limiting travel in the middle of the pandemic. Tell me how else the Sabres and Capitals would be playing their fourth game against each other in the span of 10 days? Still, the Caps haven’t minded it one bit. They have won every game in the series and the Sabres have even accounted for every win the Caps have on the season to this date.

However more importantly in the news this week was the Capitals appearing to be big time covid protocol breakers with three star players being put in injured reserve for testing positive and the organization being fined 100 grand for players allegedly hanging out with one another outside of their individual hotel rooms. We will see if this lack of star power leads to Washington dropping their first game against the Sabres.

Caps Down Some Big Names

I mean you really could not pick a more important three people to have out for this game. Captain Alex Ovechkin, Center Evgeny Kuznetsov and goaltender Ilya Samsonov are all out for this game. Ovechkin leads the team in assists, Kuznetsov is always a dangerous goal threat and Samsonov is the starter in net. This means that they will have some enormous shoes to fill against the Sabres who are already favored to win this game because of the missing people.

Still, the Caps have Tom Wilson who is a forward yet is surprisingly leading the team in goals and points thanks to his pretty display of passing so far on the season. I am looking for him and young rising star Jakub Vrana to pick up the slack for however many games the trio above is out for.

Every single game against Washington with them has been entertaining to the last minute. Two of the three have been decided by one goal or less with the last one actually ending in a shootout victory for Washington. With three key Caps down in this game though it will be interesting to see if the Sabres can actually take advantage because the Caps still didn’t have them last game and still won.

Most of this I blame on the Sabres lack of quality shots. They are averaging over 30 a game peppering the net, but average less than two goals a game; they say you shouldn’t care about a shooting percentage in hockey because it mainly means your shots are most likely turning into goals, but that is not the case here.

Who wins NHL tonight between Sabres vs Capitals:

I like the Sabres in this one due to the Caps players on the covid list. These guys almost tasted victory last time against Washington in a shootout loss, but it’s also very hard to beat a team four times in a row if you are Washington at this point.

Look for Buffalo to finally break through considering I’m not sure what else each coach could adjust for at this point after playing each other so many times over 10 days. They win here but another win might now be in the cards in the future.