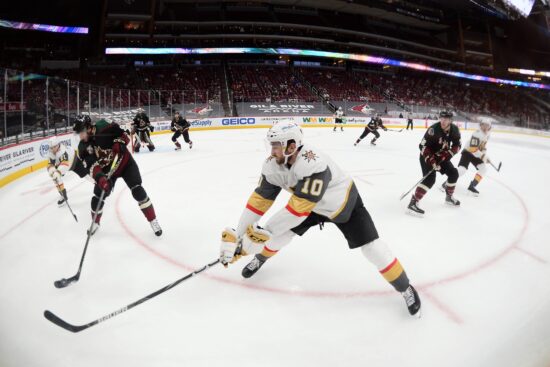 The Vegas Golden Knights are done with the four-game series against the Arizona Coyotes, which saw them winning on three occasions. They also lost one of those games, so their total score in 2021 is 4-1-0-1, which puts them at the very top of the table in the West Division. The St. Louis Blues are two spots below, which suggests the Blues vs Golden Knights matchup could be a tricky one.

Vegas is an Elite Team

It’s still early in the season, but the Golden Knights have already shown they need to be taken seriously. At the moment, NHL odds suggest Vegas is the #3 favorite for winning the 2021 Stanley Cup at +800. In comparison, the #1 favorite is priced at +700, suggesting that Vegas’ chances seem pretty good.

The Vegas Golden Knights odds might get even better depending on their performances in the upcoming weeks. This team is expected to win practically all of their games until (at least) mid-February when they travel to Colorado to take on the Avalanche.

Judging by their previous performances, the Golden Knights look likely to do well. Speaking of their previous games, this team did okay in most of them. The exception is the game against the Arizona Coyotes that they lost 5-2. That was their worst defensive performance since August 2020, when they conceded five goals against the Canucks.

In their most recent game, Vegas showed their defensive might. The Coyotes failed to score even a single goal in that game.

St. Louis Doesn’t Seem to Do Well Against Big Teams

Their problem this season is that despite being a pretty decent team, the Blues do not seem to do well in the games against big favorites. For example, on January 15, they lost to the Colorado Avalanche 8-0, which is still the biggest loss of an NHL team in the 2021 season.

In their most recent game, the Blues suffered another big defeat. This time, the Los Angeles Kings beat them 6-3.

Who wins NHL game tonight between Blues and Golden Knights:

Vegas wins tonight! Although we’re bound to see a real battle on the ice, the fact is that the Golden Knights are the better team. They’re also in a much better form than the opponent, which is another reason why oddsmakers favor them in this game.