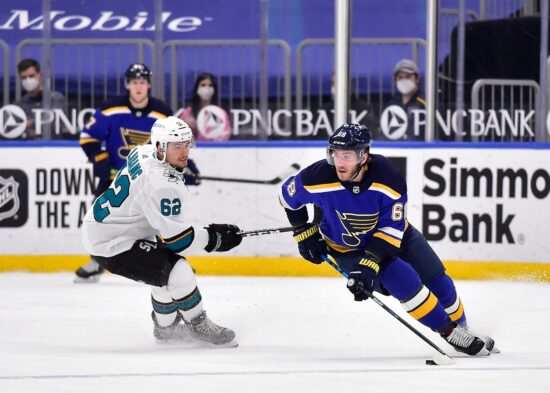 The Kings have turned their season around after starting off in the bottom of the West Division to claw their way to a fourth-place standing just five points behind first place. They play the team that currently holds first place in the St. Louis Blues who have 22 points.

Now we will see if the Kings can ride the four-game win streak they have been on to a victory on the road against the best team in the west after beating up on the teams below them so far. Meanwhile, the Blues are looking to start a winning streak of their own after losing two of their last three games by just one goal.

Kings On a Hot Streak

In each of their last four games, the Kings have limited opponents to scoring just two goals max and even shutout Wild at home. However, I am more interested in seeing how they fare against the best team in their division. The Blues handled them at the start of the season 4-2 but the Kings fired back winning their second meeting 6-3. Now after improving immensely they should look to score a similar amount of goals.

This improvement in scoring is thanks to the consistent play of Anze Kopitar who has been leading the team in points since the start of the season but has continued to rack them up totaling 21 on the season. His 10 powerplay assists also lead the team while Dustin Brown leads the Kings in goals with eight. If these two can find the holes in the Blues defense as they did almost a month ago for their second meeting, this should be an entertaining game.

St. Louis has looked downright deadly on offense this year with a 3.22 scoring average so far. They actually only have eight powerplay goals on the season as well, but this just means they have been getting it done at even strength all season. Brayden Schenn has been leading all scorers with nine goals on the season with an attack that has scored at least four goals in four of their last five games.

What I believe will be the difference-maker in this game is if the Blues can take advantage of the Kings’ goaltending which has been subpar so far. Calvin Petersen has a high save average at 92 percent but is 3-4-1 on the season while Jonathan Quick has a winning record but a 88 percent save average.

Who wins NHL game tonight between Kings vs Blues

I like the Blues in this one. They are the best offense the Kings will have faced in a month and their streak of holding teams to two goals will come to an end. This offense will take advantage of the poor goalkeeping as long as they can get shots off which they should be averaging 30 of them a game.