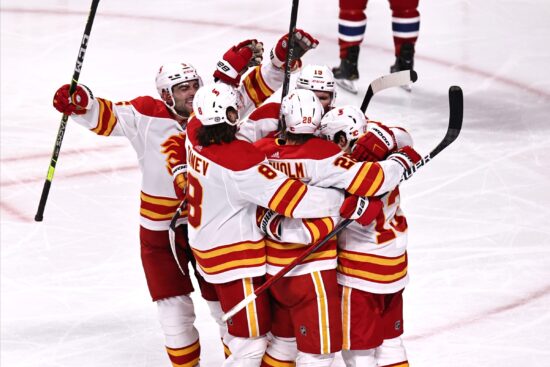 Ottawa won the previous three Senators vs Flames matchups. The most recent of those was played almost a month ago, and a lot has changed since! Over the last couple of weeks, the Flames have turned into real giant slayers, beating each team from the top four places in the North Division. As a result, they’re now favored to beat the Senators for the third time of the season.

There are 12 games left for the Calgary Flames to play before the end of the regular season. They’re currently in the #5 place in the division, with six points behind the team from the closest playoff spot. The trouble is that the #4 Canadiens have played two games fewer than the Flames.

What this means is that they can still get to the postseason, in theory. However, the chance of something like that happening is very slim.

On the bright side, Calgary’s recent form is something that’s certainly giving this team a lot of hope. Over the last couple of weeks, we saw the Flames putting on some outstanding performances. For example, they got a win against each of the top four teams within the last three weeks or so. An even more impressive fact is that they won three of their previous games, beating Oilers, Leafs, and Canadiens.

The Canadiens got their revenge in what was the Flames’ most recent game. The Montreal team won 2-1, but the fact is that Calgary was the dominant side in that game. The Flames had 29 goal attempts, but unfortunately for them, only one went in.

Of course, it had to do a lot with the fact that the Canadiens are good in the defense. In fact, at the moment of writing, they’re the team with the least goals conceded in the North Division.

The good news for Calgary’s forwards is that their job should not be that difficult tonight – they’re playing against NFL’s worst defense.

Ottawa has the worst defensive record in the entire NHL, with 164 goals conceded in 45 games. However, the previous game the Senators played saw them winning 4-0 against the Montreal Canadiens. That was their first shutout win of the year.

Actually, they’ve been relatively okay defense-wise over the last couple of weeks. At least, when compared to their defensive performances from earlier in the season.

As a reminder, we saw the Senators conceding eight goals in one game in 2021, as well as allowing seven goals in four matches. One of those was a Senators vs. Flames matchup.

It happened on March 4, when the Flames won 7-3. Interestingly, in the following three Senators vs. Flames games, it was Ottawa who won each time (although once by penalties).

Who wins the Senators vs Flames game tonight:

The Calgary Flames should get two points tonight. It’s not going to be an easy game, and we’ll probably see the Senators fighting back. Still, the home team should be able to record their third win against the Senators this season.