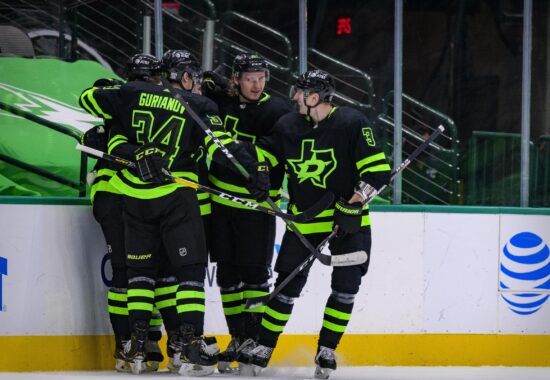 Dallas Stars who reached the Stanley Cup Finals last year haven’t been playing too well in 2021. This team is in a dreadful series of five straight defeats, which they’re desperate to end. The trouble is that their next game is Stars vs Panthers, which oddsmakers expect them to lose. The reason is not the poor form of Dallas Stars but the superb form of Florida Panthers, who are sitting on the throne of the NHL Central Division.

In 2020, the Stars played in the Stanley Cup Finals, where they lost to the Lightning in six games. On their road to the Finals, they defeated many heavyweights including the Golden Knights and Avalanche, both of which finished the regular season higher than them in the Western Conference.

In 2020-21, the Stars play in the Central Division, where they’re currently close to the bottom of the table. In fact, after 12 games played, Dallas has only 14 points. They’ve won five games thus far, while losing three in the regulation and four in the overtime.

So, what’s been going on with Dallas Stars this season? The answer is COVID-19. The team started its NHL campaign long after most other teams because, at one point, they had 17 cases of the coronavirus. As a result, they played their very first game of the season on January 22.

They started the season in top-gear, destroying the Nashville Predators by 7-0. They continued their superb form by winning the next four games before their form suddenly dropped at the end of the month.

From January 30 onwards, this team has won only one game, while losing seven (three in regulation and four in overtime). That’s just way too much for the team that played in the 2020 Stanley Cup Finals. They need to improve their form ASAP.

Nine-Day Break for Dallas Due to Extremely Low Temperatures

The game between Dallas Stars and Nashville Predators was postponed due to historically low temperatures in Dallas-Fort Worth area.

Originally scheduled for Monday, the matchup was postponed following the news that the cold front has caused power shortages in the area that more than 7.5 million people call home. The same was the fate of Dallas’ matchup with the Tampa Bay Lightning, which was scheduled for Thursday evening.

The good news is that the Stars vs Panthers game is not going to be postponed – the weather in the Sunshine State is beautiful!

There’s nothing stopping the Stars to travel to Florida and play their first match in nine days. Although no one prayed for apocalyptic weather, the break probably did do well for Dallas players. After all, they had plenty of time to work on the mistakes that cost them a lot of points in the first two weeks of February.

This team has been sensational since the start of the 2020-21 NHL season. They’re currently at the top of the Central Division, mostly thanks to their superb play in the offense. In most of the games they’ve played so far, the Panthers scored at least two goals.

In the game they played against the Detroit Red Wings, the Panthers put away seven goals. Their offense also has a very good record when Stars vs Panthers matchups are concerned. The last time they met with Dallas, they beat them by 7-4.

An even more dominating win happened in the game before, when the Panthers demolished the Stars by 6-0. In fact, that loss remains one of the biggest defeats Dallas suffered in the last couple of years.

Who wins NHL game tonight between Stars vs Panthers

Stars! We think the time has come for this team to put an end to the embarrassing series. They’ve had plenty of time to prepare for this match, so despite the obvious quality of Florida players, the Stars should prevail.