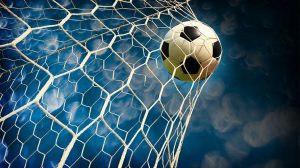 This is the match between two teams who fight for their way out to the international stage. On one side, we have the hosts, who are desperate to reach the sixth place and the Europa League qualifiers. On the other, Borussia is in the middle of the battle for the Champions League place and is under heavy pressure. And that is precisely what we want to stress out here. Both teams need to win, and continue with their mission. Otherwise, losing points would be a disaster.

Zebras In Need of a Win

Freiburg is in a terrible situation and is without a win in the last four games, that is since the restart started. The Zebras were holding that sixth position during the pause and were playing pretty solid throughout the entire season, but now they simply stopped.

In four games, they posted two losses and draws each, with defeats coming at home, which is pretty interesting. And both of them were 0-1 against Werder and Bayer Leverkusen. Draws were on the road, 1-1 in Leipzig, and 3-3 in Frankfurt vs. Eintracht.

Since the restart, three games ended with under 2.5 goals, meaning that the Zebras are playing tight matches.

Yoric Ravet is doubtful, and Janik Haberer is definitely out.

Monch Needs to be More Consistent

Borussia’s first game following the comeback was excellent, as they routinely defeated Eintracht in Frankfurt with 1-3. But after that, they lost at home to Leverkusen with the same result, and played without goals on the road in Bremen,

Monch defeated Union Berlin in the last round, with 4-1, and that boosted the morale of the players and the fans. It was a good thing to collect all three points, because now Borussia sits fourth, but only because of a better goal difference than Leverkusen. They need to continue winning in order to keep that spot, and the ticket for the Champions League.

Three out of four games after the comeback finished with both teams to score and over 3.5 goals, meaning that these guys play efficient football.

Embolo, Denis Zakaria, Fabian Johnson, Raffael, and Tobias Strobl are all injured and unavailable for this match.

Freiburg vs. Borussia Head to Head

Monch beat the Zebras on December 1st, 2019, with 4-2. Embolo netted twice and managed to miss a penalty. Borussia scored twice in the opening six minutes of the second half, shocking the guests who didn’t have the power to recover from that.

The last four H2H games they played ended with both teams to score, and three went above 3.5 goals.

This match promises a lot of goals, even though hosts play tough football. Borussia will try to dictate the tempo and to attack. They have a lot at stake and no doubt, Monch needs to be much more agile.

Therefore, over 2.5 is the first choice with the odds at -140, which is pretty ok when looking at the entire situation.