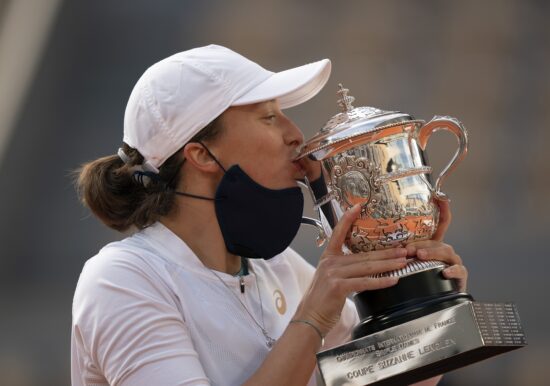 The women’s French Open is typically one of the most difficult Grand Slams of the season to call. Iga Swiatek was a shock winner in 2020 in the re-arranged event, but could the 19-year-old become the first woman since Justine Henin-Hardenne to successfully defend her title?

The French Open is the second Grand Slam of the season, as it follows the Australian Open, and takes place before Wimbledon and the US Open. It is the only event that is played on a clay surface, and that has been the case throughout its history. It was the only major tournament before 1975 to be played on a non-grass surface. The French Open is one of the most difficult Grand Slams of the season to win, as the surface changes throughout the championship. Meanwhile, it is demanding, as players compete over five sets.

READ MORE: Preview for the Men’s 2021 French Open at Roland-Garros

Unlike the men’s French Open, which Rafael Nadal has dominated since 2005, there hasn’t been many women that have achieved success year-in-year out at the event. The record for the most wins in this major is held by Chris Evert, who won seven championships between 1974 and 1986. Suzanne Langlen won six championships during the amateur era. Steffi Graf also won six championships, while other players with multiple open era French Open wins include Margaret Court, Justine Henin and Monica Seles.

The Italian Open is also a good measuring stick to assess the players that could be leading contenders on clay. On that basis, defending champion Iga Swiatek is certainly the one to beat. The Pole won the recent Italian Open in dominant fashion, as she dropped just one set throughout the competition. She beat Karolina Pilskova in straight sets in a convincing final performance. The 19-year-old will be competing at the French Open for just the third time, but she has an excellent win rate of 91%.

Ashleigh Barty didn’t travel to Europe for the French Open last year, which meant that she was unable to defend the crown that she had won in 2019. That win remains the only Grand Slam success that Barty has achieved, and was the first time that she had made it past the second round. Serena Williams is still chasing the Grand Slam record, but her preparations were knocked after defeat in a warm-up tournament in Parma. Simona Halep is another that hasn’t had an ideal preparation, but she has made it to the final in two of the events since 2017, and shouldn’t be ruled out.

Swiatek is hard to oppose given her form in the Italian Open and win last year. However, we wouldn’t completely rule out Garbine Muguruza, who won the French Open in 2016. She has lost just seven times at the event, and has an impressive win rate of 81%. At a bigger price, she is one that could go far in the French Open.