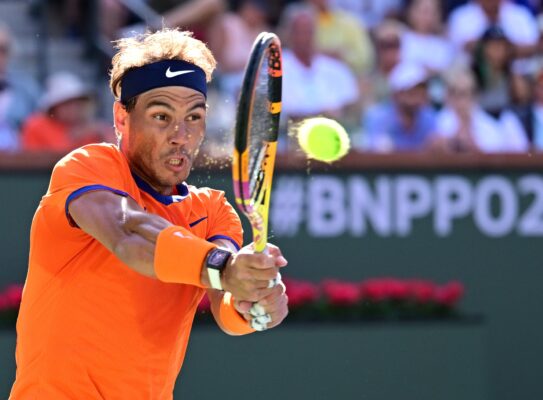 After all the drama of the Australian Open, the tennis Grand Slam season moves to Europe at the end of May, as the iconic French Open is staged. Novak Djokovic will be back in contention after missing the event Down Under due to the COVID-19 controversy, but Rafael Nadal will again be the man to beat.

The French Open was first staged in 1891 and has been played on the now-prestigious clay surface since 1928. That was also the same year that the event was staged at Roland Garros for the first time. Rafael Nadal is the most prestigious player in this Grand Slam, as his 13 titles at the French Open in a record for any player.

There is certainly a changing of the guard in men’s tennis at the moment, as the dominance that the Big Three had enjoyed looks to be coming towards an end. Both Nadal and Novak Djokovic both face questions ahead of the French Open this year, but unsurprisingly, they remain prominent in the betting. Nadal’s dominance on the clay is unrivaled, but the Spanish star will only make his return from a long layoff at the Madrid ATP event, which takes place just a matter of weeks before the start of the French Open.

Meanwhile, it has been far from a successful return for Djokovic since the Australian Open controversy, as he lost in the quarterfinals of the Dubai Tennis Championships, and the round of 32 on the play in the Monte-Carlo Masters. The Serb won the French Open for the second time in his career last year and has reached at least the final in each of the previous two editions. But, his 84% success rate at the French Open is lower than his strike rates in the other three Grand Slams.

Carlos Alcaraz has been the big market-mover in the betting, as he won the Barcelona Open at the end of April. On his way to that victory, the fifth-seed knocked out Stefanos Tsitsipas and Alex de Minaur. The 18-year-old enjoyed a good run to the quarterfinals of the US Open, and the clay surface will give him a solid chance to continue his progression.

Nadal looks a very supportable price in the current betting, but much of his chances will depend on his return to action in Madrid. Instead, an each-way play could be taken on Dominic Thiem. The Austrian has also suffered from injury problems but has stated he is getting ‘stronger’ with every week. The French Open could come at a good time for Thiem, and he excels on the clay, having reached the final at the French Open on two occasions. Furthermore, he has reached the last four in four of the previous six editions.