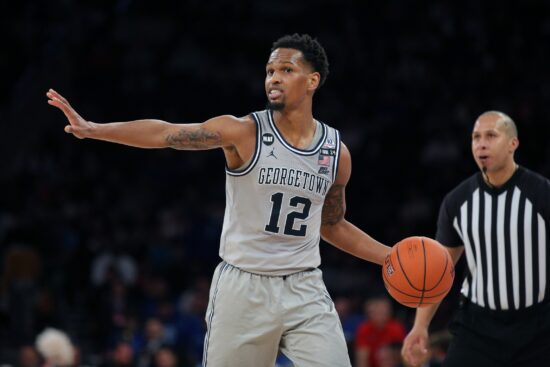 The NCAA basketball season is well underway, but there is still a long way to go if Georgetown and West Virginia are to achieve what they have set out to do this season. They will come up against each other this weekend, but which team will be able to pick up the win?

Georgetown Looking To Bounce Back

It has been an indifferent start to the season for Georgetown, as they have won once and lost once so far this season. They won on the opening night against UMBC, as they claimed a 70-62 success. Georgetown led from the first half of that game, as they went into the break with a 36-30 lead. They were able to continue that excellent start by outscoring their opponents 34-32 in the second half.

Jahvon Blair was the starring man in that win, as he scored 23 points. Blair also contributed four assists. There were also 13 points for Donald Carey in that win, and 12 points for Qudus Wahab. Jamorko Pickett also scored ten points in the win.

Georgetown fell to 1-1 recently, as they were beaten by Navy Midshipmen. Navy started the quicker of the two teams and led 29-26 at the break. They were able to increase that lead by outscoring Georgetown 49-45 in the second half. The hosts this weekend would have taken positives despite the defeat, with Blair’s solid form continuing. He scored another 17 points in that game, while Pickett scored the same number of points. Wahab scored 16 in the defeat, while Jalen Harris contributed 12.

They outscored the Hilltoppers 37-28 in the second half to overcome the 33-36 deficit that they had at the break. The points were shared around the whole team, with Derek Culver leading the side with 15 points. Miles McBride scored 14, while 12 points were scored by Taz Sherman.

West Virginia were unable to make it four wins from four last time out, as they were beaten by Gonzaga. It would have been a disappointment for the travelling side this weekend, as they led 39-34 at the break. However, Gonzaga outscored them in the second period 53-43. Culver led West Virginia with 18 points in the game, while Oscar Tshiebwe scored 14, and McBride, Sherman and Gabe Osabuohien also scored more than ten points.

Both of these sides will be hoping to bounce back from recent defeats. However, West Virginia will shade it as the eleventh-seeded side have higher scorers across the court, and that will be pivotal.