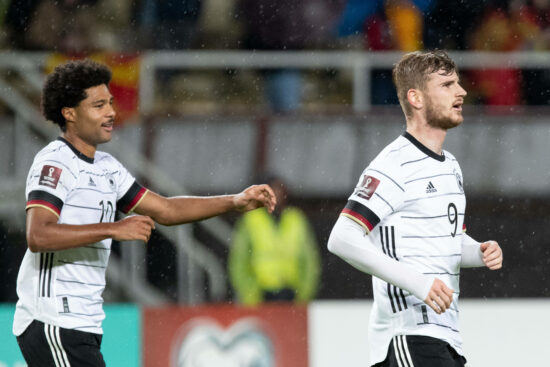 If you’re in search of some World Cup predictions, look no further, because, in this article, Vegas Odds are going to preview Germany vs Japan.

Germany is one of the most successful soccer nations ever, but in recent years, we didn’t see any notable results coming from them. On the other hand, Japan is constantly at the World Cup tournaments, but without some success.

The Germans had a mediocre run in the recent UEFA Nations League, posting four draws, with one win and loss each. Though, Hansi Flick tried to mix up the lineup as much as he could to find the most suitable eleven for the start of the World Cup.

Germany plays high-intensity football, with lots of pace and tempo. In recent times, their defense has been a little problematic, allowing a goal in nine of the past ten events, but the offense steps up to cover that up.

The convenient thing for Japan is that several of their top players appear in the Bundesliga and know most of today’s rivals. The Samurai are one very hard-working side, aggressive and focused on defense.

For the moment, Japan didn’t allow a single goal in the past five games, and their defense is riding on a wave of confidence.

Whether Bayern Munich’s forward starts on the bench or in the lineup, he will always be our favorite to score at this championship.

Gnabry is one of the most gifted and talented attackers in the world, and each time he has the ball in possession, the situation is bad for the rivals.

The four-time World Champions are the favorites here, and we, too, believe that they are going to come away victorious.