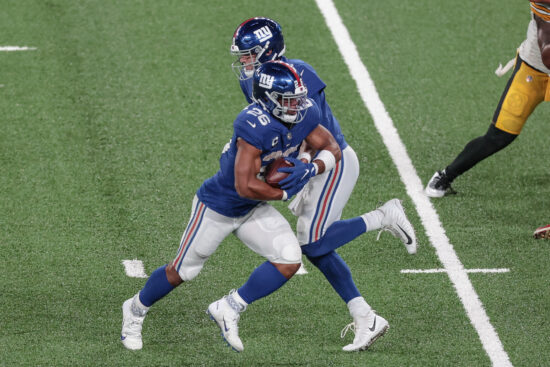 The Giants are using the home-field advantage pretty well, which is why they still have theoretical chances of reaching the post-season.

As for the red-hot Dolphins, they have four wins in a row, and even though the opponents were mostly mediocre teams, their form needs to be respected.

Daniel Jones and his boys aren’t ready to give up, and even though NYG faces an incredible amount of adversities, they are still pushing. With three wins in a row at home, the Giants reached a 4-7 record, which at the moment isn’t good, but two more could put them in the NFC playoff hunt.

Many believe that it is time for NYG to win one on the road, but to do so, they would need to be more diverse on the offense and more aggressive in the defense. In all three victories at MetLife, the defensive unit was superb, allowing 26 points combined, which is impressive, we need to admit.

Saquon Barkley didn’t recover properly, and the stats against the Eagles show that – 40 yards in 13 snaps. Jones threw for 202 yards and one pick without any turnovers.

The schedule wasn’t that harsh for the Dolphins, which is why they’ve used it in the best possible way, winning four matches in a row – vs. Texans, Ravens Jets, and the Panthers. All apart from the game against the Jets were at Hard Rock Stadium.

Miami was ruthless against Cam Newton this Sunday night, forcing Matt Rhule to bench the former NFL MVP who threw for 91 yards and had two picks, with a QBR of 5.4. Newton ran for one TD, but that was all from the Panthers’ veteran.

On the other side, Tua had a superb performance, completing 27 of 31 passes for 230 yards and one TD pass. He connected with Jaylen Waddle perfectly, with the rookie WR catching 137 yards and one TD. Myles Gaskin had two rushing TDs and 49 yards.

Just twice in the past nine games have seen the Dolphins coming out as the winners from this matchup. The most recent one was in 2019, and the Giants won at home, 36-20.

Giants really grew on us due to the fight they’ve displayed with all the bad luck coming down at them. Even though we would love to see them winning in Miami, that won’t happen because, at this moment, the Dolphins are in better shape, with a more diverse offense and a home-field edge, which is very important in these clashes. Our final verdict here is Miami covering the -2.5 spread.