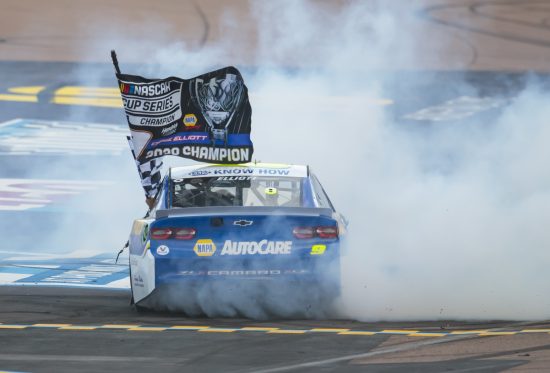 NASCAR journalist royalty and News-Journal reporter Godwin Kelly is retiring after 40 years of reporting on one of the world’s best known motorsports.

All good things must come to an end and for esteemed NASCAR journalist Godwin Kelly this time is now. The News-Journal reporter spent 40 years around NASCAR tracks, bringing hard-hitting coverage from the heart of races and fleshing out stories to life, converting skeptics into NASCAR loyalists and charting a bright future for the motorsport in general. He has covered it all, from Kevin Harvick’s elimination to the many NASCAR Season Finales he has seen in his life.

Kelly has covered every bit of racing there is to cover, with his articles breaking-down events, racers and often offering constructive criticism where such was necessary. By all means, Kelly has a very special place in the NASCAR family.

He is close with many NASCAR people, including founder Bill France with whom he has a photo at the Daytona media center. Parting ways with his star journalist fondly, News-Journal editor Pat Rice evoked Kelly’s ability to report professionally and respectfully, citing the 2011 Cup Series marking the 10th anniversary of Dale Earnhardt Sr’s fatal car crash.

A Driver of Change in NASCAR World

Kelly was one of the proponents of moving the NASCAR to a weekly schedule and seeing more of everyone’s favourite car race come to a realization. Kelly’s leaving at a time when the organization is undergoing some serious restructuring. The 2021 season will change and alter quite a few tracks in and out of the circuit, making for a renewed organization next year.

While Kelly is retiring in an official capacity, it’s quite likely that he will still be around and even pitch in his ideas and opinions about the future of the motorsport. If anything, Kelly is bound to return in op-ed pieces, as his talent and calibre are not easily replaceable. In fact, it’s not even a competition. The NASCAR competitive world is all the much better for having had Kelly in it.