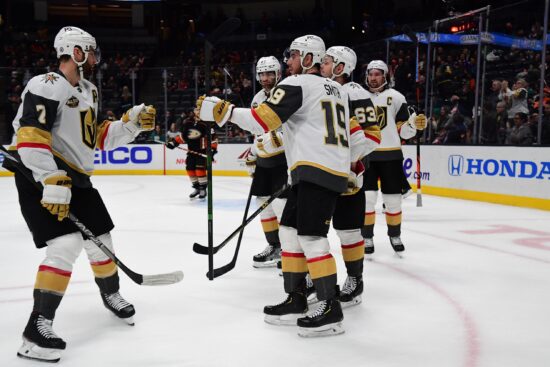 Two NHL sides that will desperately looking for a change in their fortunes meet on Friday night, as the Vegas Golden Knights look to end a run of two straight defeats. Meanwhile, the Arizona Coyotes are hoping to win a fifth game in eleven outings.

The Vegas Golden Knights have slipped down the standings in the Pacific Division in recent weeks, which is unlikely to help their Stanley Cup 2022 betting odds too much. Vegas have won six of their last ten games while suffering four defeats. However, two of their defeats in their last ten have come in their last two games. Vegas will need to ament their leaky defense if they are to have a chance of winning a first Stanley Cup this season, as they have already allowed 70 goals in the NHL this season. That is the fourth-worst defensive record in the Western Conference at this stage of the season.

The Golden Knights were beaten in their last NHL fixture, as they lost a thrilling game against the Anaheim Ducks 6-5. Vegas attempted a late charge to get back into the game, but their comeback effort was in vain, as the Ducks claimed the victory. Offensively there is nothing wrong with the Golden Knights this season, and that was evident once again as Mattias Janmark, Max Pacioretty, William Carrier and Reilly Smith scored in the defeat.

The Arizona Coyotes endured a miserable start to the NHL season, and they have already lost 16 of the 23 games that they have played in regulation time. A further two defeats have been suffered in overtime so far this campaign. They are the team with the worst defensive record in the Western Conference, having allowed 82 goals already this season. They are also the lowest scorers in the Central Division, having scored just 42 times.

Arizona lost for the third time in four games in their last NHL fixture, as they were well beaten by the Minnesota Wild. Coyotes looked to be competitive in the opening period, as the sides were level at 1-1. However, the Wild pulled away in the second, scoring three unanswered goals. Arizona did at least add another goal in the final period, but that wasn’t enough to help, as they lost 5-2. Anton Stralman and Clayton Keller scored for the Coyotes in the defeat.

The Golden Knights have won three of the previous four meetings between the sides, and it would be hard to bet against anything other than that result again here. Arizona are struggling this term, and the Golden Knights should bounce back into form in my opinion.