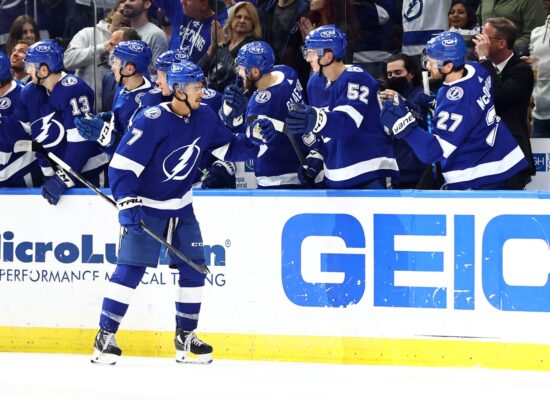 A match-up that we could easily see later in the season takes place on Saturday evening, as the Pacific-leading Vegas Golden Knights take on the reigning Stanley Cup champions, the Tampa Bay Lightning.

Many of the leading sides may have switched off with the All-Star break fast approaching. However, the Tampa Bay Lightning have used it as an opportunity to extend their advantage towards the top of the Atlantic Division. Tampa remains in second place in the division standings, but a gap has opened up between the Lightning, the Florida Panthers from the chasing pack.

The Lightning is also second in the Eastern Conference standings this season, after winning 29 of the 44 games that they have played. They are two points behind the Panthers, but three ahead of the Carolina Hurricanes. The reigning Stanley Cup champions are once again among the leading contenders to win the competition this season, and recent form has been very strong.

Tampa has gone 14-6-2 over the games that they have played at home this season and recorded success at the Amalie Arena against the New Jersey Devils on Thursday. Tampa went behind in that game but scored twice in the second and once in the third to make sure of the win.

Golden Knights In A Rut

Vegas’ Golden Knights are still expected to win the Pacific Division this season and make a charge towards the Western Conference title. However, their recent slump in form would cause concern for fans. Vegas has lost seven of their last ten games, with four of the defeats coming in regulation time. They have won just three times during the same period, but have lost their previous two.

However, their latest defeat was suffered on the road, as the Florida Panthers breezed past the Golden Knights, winning 4-1. The Panthers scored in each of the three periods, while the only goal for Vegas came in the opening period.

The Vegas Golden Knights’ recent form is a concern coming into this game. Therefore, we will have to stick with the Lightning, who have looked very impressive in recent games. We could also see under 1.5 goals in the first period, while a high-scoring third period could be on the cards.