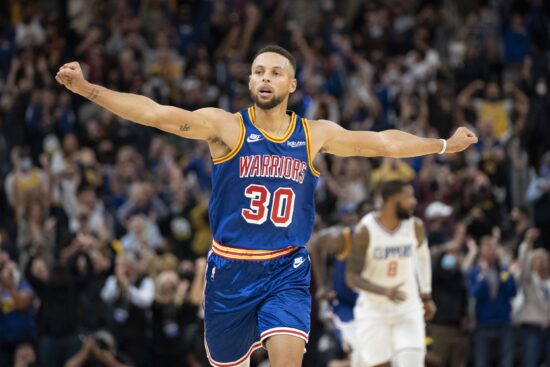 After six tough games, the Golden State Warriors managed to beat the Boston Celtics and clinch their first title after three years. The result of Game 6 in Boston was 103-90 for the Dub Nation, who is the top favorite for winning the 2022/23 title as well.

Golden State Shuts Down the Cs

Boston scored just 39 points in the first half, while on the other side, the Warriors reached 54. There was simply no way for the home unit to recover from such a poor start, even though they had a strong finish of the third period. At one moment, the Warriors were up 22 points in that sequence, while at the end of the same, the difference was ten buckets.

This was the fourth time in the past eight years that the Warriors lifted the trophy. Four guys were on the roster in all the championship quests, Steph Curry, Klay Thompson, Andre Iguodala, and Draymond Green. Of course, Steve Kerr was the head coach on all four occasions.

Even if there were some doubts, the Warriors are now officially one of the most dominant teams in the history of basketball, and they revolutionized the game in so many ways.

Steph Curry won the NBA Finals MVP award, his first-ever, and an individual trophy that he missed despite having three titles prior to this one. He is the seventh player, along with Tim Duncan, Michael Jordan, LeBron James, Magic Johnson, Kareem Abdul-Jabbar, and Bill Russell, to have the NBA MVP, NBA title, NBA All-Star MVP, and the NBA Finals MVP honors.

Everyone shall remember his 43 points in Game 4 when the series had a turning point, which later saw the Warriors winning three in a row and getting back from the deficit. He scored 34 points last night, with even dimes and boards, putting an exclamation point on GSW’s entire season.

According to the earliest possible odds, the Warriors are the biggest favorites to win the title in the upcoming season. They are +500 to do so, ahead of the Nets and the Celtics, who are +600. Though, this might change if Kyrie Irving leaves the Nets, which could happen this summer.

Miami Heat leads the next echelon of favorites, +1400, followed by the Philadelphia 76ers +1600 and the Dallas Mavericks +1700, who are leveled with the Memphis Grizzlies.

Of course, all this can change pretty rapidly because the free agency this summer includes some big names – Kyrie, Harde, Beal, LaVine, etc.