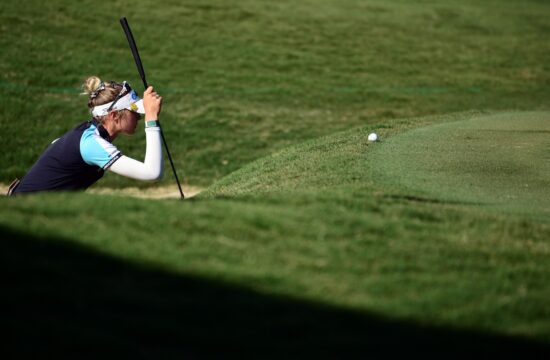 It has been an excellent season of women’s major action to this point, and that promises to continue this weekend with The Evian Championship in France. The event is the second most lucrative on the women’s circuit, with a purse of $4.5 million up for grabs. But, which woman will come out on top this weekend?

The Evian Championship was introduced to the LPGA Tour circuit in 1994, and it is now one of just two majors on the Ladies European Tour, with the other being the British Open, which takes place next month. The date that the Evian Championship has been contested has altered throughout its history. It was first played in June, before being pushed back a month for the first time in 2003. Between 2013 and 2018 it was staged in September, before being moved back to July in 2019.

The Evian Resort Golf Club has a par 71, as 6,523 yards are covered during the event. There are 72 holes in total played during the event, and a purse of $4.5 million. The record scores in this event have been set by Juli Inkster and Chun in-Gee, who both finished -21. The latter of the players finished with an aggregate score of 263. Meanwhile, the current champion is Ko Jin-Young, who won the event in 2019.

Nelly Korda is the player at the top of the betting for this event, as she has been in impressive form this season. The 22-year-old American won her first major earlier in the season, as she came out on top in the PGA Championship. She has won seven professional events throughout her career to date, with six of those wins coming on the LPGA Tour. However, her best performance in the Evian Championship came in 2019 where she finished in a tie for 25th.

Ko Jin-Young is another player that could be in contention to win the Evian Championship this weekend. Her record in majors is very impressive, as she won this major, as well as the ANA Inspiration in 2019. She has also finished second in both the British Open and US Women’s Open. She was voted the LPGA Player of the Year in 2019, and her course form makes her a serious player this weekend.

Who will win the Evian Championship this weekend:

Both players mentioned above should be in contention on the final day. However, we are willing to take a chance on Patty Tavatanakit. The 21-year-old is experiencing an excellent season, and has already won one major this season. Her victory in the ANA Inspiration, coupled with a tie for fifth in the PGA Championship highlights that she could be ready to mount a strong challenge for this major.