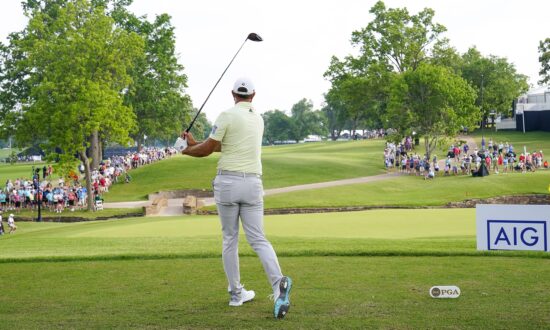 It has been one of the most controversial stories in golf for some time now, but the play will finally get underway on the contentious Saudi-back LIV Golf series this weekend. A number of huge names have signed up to compete in the inaugural season, but which player will have the honor of winning the LIV Golf Invitational London this weekend?

The LIV Golf tour, backed by Saudi finances has been one of the big talking points in the world of golf over the past year or so. However, the first event will be staged this weekend in the form of the LIV Golf Invitational London and the Centurion Club.

The event boasts a frankly ridiculous prize fund of $20 million in the individual event, and a $5 million fund in the team event. Unlike other events, there is no cut, with the whole 48-man field playing across the 54-hole tournament. The draft for the competition takes place on June 7, with the 12 captains picking three players to make up their team for the series.

The introduction of the LIV Golf series has led to damning comments from the PGA Tour, as they revealed that players involved could face sanctions should they play in the breakaway tour. Phil Mickelson’s involvement also led to criticism, as his comments about the tour led to him missing the Masters for the first time in 28 years.

Dustin Johnson heads the betting for the inaugural event in London this weekend. The American is a two-time major winner, most recently winning the Masters in 2020. Johnson finished in a tie for 12th in the Masters earlier this year but has been cut from the RBC Heritage and PGA Championship in two of his previous three starts.

Talor Gooch is currently the second choice in the betting. Gooch has won two events as a professional, most recently coming at the RSM Classic in November 2021. He looks to have a solid chance based on his performance in the PGA Championship earlier in the year, where he finished in a tie for 20th. European stars such as Sergio Garcia and Ian Poulter could also stand fine chances in London this weekend.

The race for the first individual top prize looks to be a wide-open affair, but we will be taking a chance on Lee Westwood. The 49-year-old has won 25 events on the European Tour, and two on the PGA Tour throughout his career. His last win came two years ago in the HSBC Championship, but he certainly has each-way claims based on his current price.