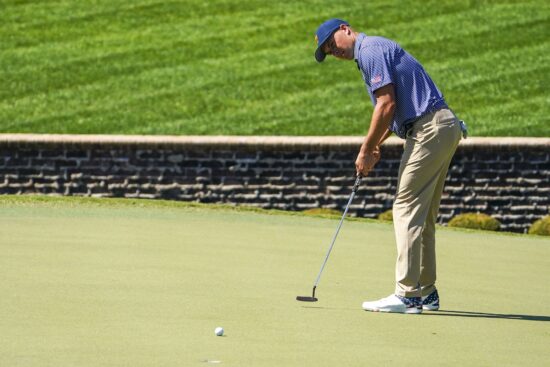 One of the most exciting golf events of the season takes place this weekend, as the Presidents Cup 2022 takes place. Players will be playing in teams, as the United States, captained by Davis Love II look to beat an International team, captained by Trevor Immelman.

The Presidents Cup was established in 1994, and this year’s event will be the 14th time that it has taken place. It works in a similar way to the Ryder Cup, but with the U.S. team instead taking on a squad made up of international players.

The United States are often the clear favorites to win the event, as they have picked up the victory in all but two of the previous editions. They also come into this year’s event having won the previous eight editions. The International team has won the title on just one previous occasion, with that success coming at the Royal Melbourne Golf Club in 1998.

A large number of the players in the event this year will be playing in the Presidents Cup for the very first time. U.S. players making their debut appearances include Scottie Scheffler, Sam Burns, Collin Morikawa, and Max Homa.

Out of the players involved, Kevin Kisner has the best record for the U.S. team, as he has a win rate of 70%. Meanwhile, both Jordan Spieth and Patrick Cantlay also have very good records. The worst U.S. record is held by Tony Finau, who has won just 37.50% of his matches.

The international team is also made up of majority rookies, with only four players having previous experience. Im Sung-Jae boasts the most impressive record, as he has won 70% of his matches. However, Hideki Matsuyama, Adam Scott, and Kim Si-Woo have all won less than 50% of the matches that they have played.

This looks set to be a huge challenge for the International team, as they look to end the dominance that the U.S. has achieved. However, we can only see more U.S. success in the Presidents Cup this year.