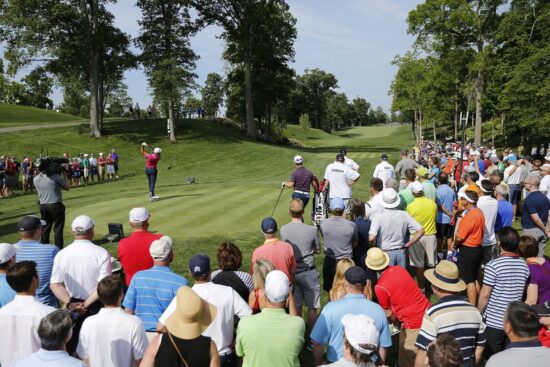 It will be the last chance saloon for some of the players taking part in the John Deere Classic this weekend, as stars look to assure their place at The Open Championship next weekend. It looks set to be a wide-open event this year, but which player could come out on top?

The John Deere Classic has been a part of the PGA Tour since 1972. It was included on the tour just a year after it was established in 1971. There have been a number of sponsors for the event throughout its history. Miller Brewing Company and Hardee’s both previously sponsored the event, but it has been sponsored by John Deere since 1999. The location of the event has also changed since its inception. It was first played at Crow Valley Country Club before moving to Oakwood Country Club in 1975. However, it has been played at TPC Deere Run since 1999.

Michael Kim holds the record for best score at the John Deere Classic, as he finished -27 under par in 2018. Jordan Spieth made history back in 2013, as he became the first teenager since 1931 to win a PGA Tour event. He is one of four players to have won on two occasions. D. A. Weibring and Steve Stricker are the only two players in the history of the John Deere Classic to have won on three occasions. Dylan Frittelli is the reigning champion, having won the PGA Tour event in 2019.

Daniel Berger is already listed as the favorite with the leading sportsbooks. The 28-year-old has won four professional events during his career and is currently ranked as the 12th best player in the world. He has already won one event this season, as he claimed victory in the AT&T Pebble Beach Pro-Am in February. Berger finished two strokes clear of Maverick McNealy.

Brian Harman and Sungjae Im are also prominent in the betting for the John Deere Classic. Harman has also won four professional events during his career, with two of his victories coming on the PGA Tour. Im could also be a leading contender after finishing in a tie for eighth in the Rocket Mortgage Classic last weekend. The 23-year-old has won three professional events, with one win coming on the PGA Tour.

Who will win the John Deere Classic this weekend: