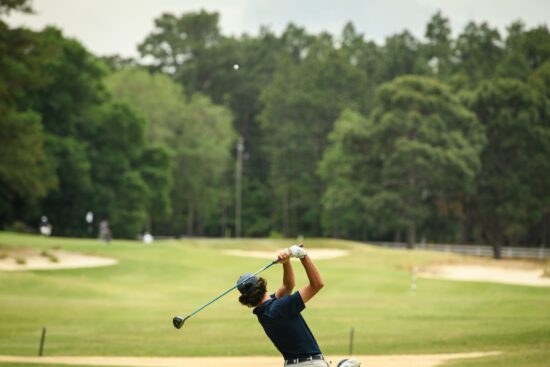 The final stop before the second Major of the season takes place this weekend, as the AT&T Byron Nelson takes place in Texas. The event is played annually in May, as players compete for their share of the $7.9 million prize fund. But, which player could be the star that is crowned the champion for 2021 this weekend?

The AT&T Byron Nelson is one of the most popular events on the PGA Tour. It is also one of the most successful charity events on the circuit, as the event in Texas has raised over $143 million throughout its history. Meanwhile, it is one of just two events that are named after an ex-professional golfer, as Byron Nelson typically made appearances in the PGA Tour event throughout his career. Throughout much of the event’s history, it has been placed in Dallas but has also taken place at the TPC at Las Colinas and Las Colinas Sports Club since 1983.

The record score for the event has been matched on three previous occasions. It was first set by Rory Sabbatini in 2009, before Aaron Wise and Kan Soon-hoon have since matched the -23 par score. Wise and Soon-hoon are also the two more recent winners of the event, with Soon-hoon winning the last AT&T Byron Nelson in 2019. Sergio Garcia is the only player to have achieved multiple wins in this event since Bruce Lietzke in 1988.

The AT&T Byron Nelson looks set to be a competitive event this weekend, and a case can be made for many of the players at the top of the betting. All players will be looking to build momentum ahead of the PGA Championship next weekend. Bryson DeChambeau could be a player that is prominent, as he has already won two events so far this season.

Rahm has finished in the top ten on nine occasions this season, but he is yet to win an event. Spieth has been back to his best over recent outings, as he won the Valera Texas Open and finished third at the Masters. Berger will be a popular selection, but he will need to improve after missing the cut at the Masters and finishing outside of the top ten in the RBC Heritage.

Who will win the AT&T Byron Nelson this weekend

It could be a wide-open event, which means it could be worth having two selections. Brooks Koepka could be an interesting win selection, as he has finished in the top ten in two of his four most recent outings. He has already recorded a victory this season, as he won the Waste Management Phoenix Open.

First-time winners have also excelled at the AT&T Byron Nelson in the past, and Scottie Scheffler could be one that attracts attention. Scheffler has previous experience at this course, as he first played here at 17. He could be among the players with a chance at a higher price.