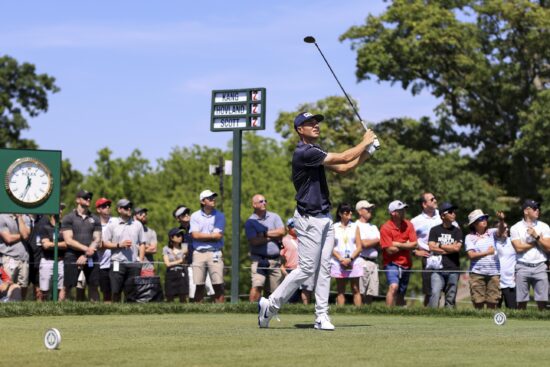 The golf majors are coming around quickly this season, and the action moves to Torrey Pines Golf Course in California this weekend as the 121st US Open takes place. It promises to be an exciting weekend of action, but which player will take home the largest purse of all the majors?

The US Open will take place at Torrey Pines Golf Course for the first time since 2008 this year. The winner the last time that the event was staged at this course was Tiger Woods, who beat Rocco Meditate in a gripping playoff. Regardless of where the event is staged, there are always 72 holes that players will have to compete over in the stroke-play format. The length of the course in 2021 is 7,698 yards.

Rory McIlroy’s win in 2011 broke a number of records, including the best aggregate score and to a par score. However, his total of -16 under par was matched by Brooks Koepka when the American won the event in 2017. Koepka successfully defended his title in the following year, and that will be something that Bryson DeChambeau will be looking to emulate this year. DeChambeau won the event last year by six strokes from Matthew Wolff.

It promises to be a wide-open US Open this year, as the course means that a number of players could be in contention. DeChambeau is a hard player to rule out from making a strong run towards the major. He won his first golf major 12 months ago at the US Open, and the course could once again play to his strengths.

The feud between himself and Koepka does threaten to steal the headlines before the US Open, but he could use that to his advantage like he has done so far this season. He has finished in the top ten on six occasions and has won the Arnold Palmer Invitational, as well as the US Open late last year.

Phil Mickelson caused an almighty shock when he won his second PGA Championship earlier in the year. He will be looking to complete the major set at his home course this weekend. Jon Rahm has excellent course form, as he won the Farmers Insurance Open in 2017 and finished second here in 2020. Viktor Hovland could also be an interesting top ten bet, as he finished second in the Farmers Insurance Open earlier in the season.

It looks set to be a competitive US Open this weekend. We like the chances of DeChambeau becoming a two-time winner of the major. However, we wouldn’t rule out a strong challenge from Hovland either.