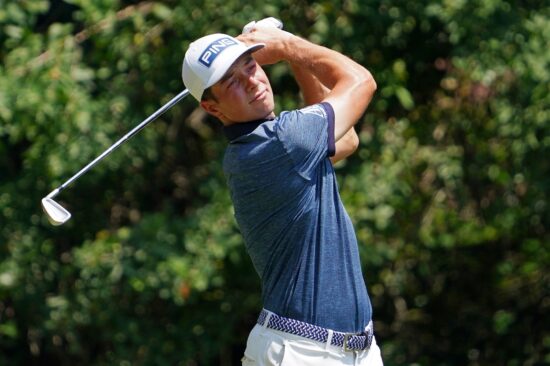 There are just two weeks to go before the PGA Championship takes place. Some of the leading players on the PGA Tour will be in action this weekend at the Wells Fargo Championship, as they look to build momentum ahead of the huge event at the end of the month.

The Wells Fargo Championship has been a common event on the PGA Tour since being introduced back in 2003. Back then, the event was known as the Wachovia Championship before being renamed as the Quail Hollow Championship. The prize money up for grabs in the event has also changed over the past couple of years, with players competing for $7.5 million in the 2017 installment of the event.

This year’s event will be taking place at Quail Hollow Club. However, next year it will move to the TPC Potomac due to the Quail Hollow Club’s engagement with the President’s Clubs. Since 2003, only one player has won on more than one occasion. Rory McIlroy claimed a second success at this event in 2015.

His round that year also broke the record for best score and widest winning margin. He scored 267 and won by seven strokes from Webb Simpson and Patrick Rodgers. Last year’s event was canceled due to COVID, which means Max Homa is still the reigning champion, as he won the event in 2019.

McIlroy will be one of the most popular selections for this event, and it could be hard to dispute that given how well he has played in the Wells Fargo Championship in the past. However, his recent form would be a slight concern, as he hasn’t looked as confident on the course. Jon Rahm comes into the event as the joint-leader in the betting.

The Spanish star will be looking for a sixth PGA Tour victory. He most recently finished fifth in The Masters. Justin Thomas is the player that shares the position at the top of the betting markets. Thomas has already won one PGA Tour event this year, as he claimed victory in The Players Championship. He also performed well last weekend, as he finished 13th in the Valspar Championship.

Who will win the Wells Fargo Championship this weekend:

We are going to side with an outsider for the Wells Fargo Championship. Viktor Hovland has enjoyed a breakout year on the PGA Tour this year, and this could be his first huge victory. He has already won one PGA Tour event this calendar year and has finished second at both the World Golf Championships-Workday and Farmers Insurance Open.