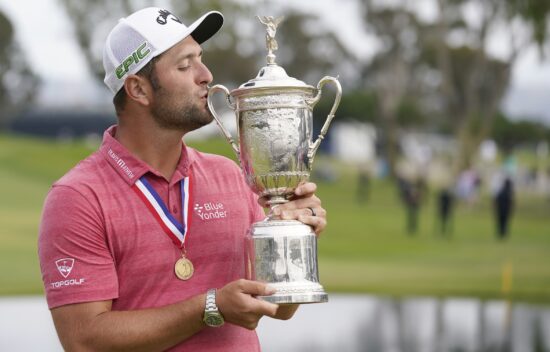 The final golf major of the season takes place at Royal St George’s Golf Course this coming weekend. It is the only major to take place outside of the United States and is one that is synonymous with big-priced winners. But, which star could be crowned The Open champion for 2021?

The Open Championship will be taking place at Royal St George’s Golf Course for the 14th time this weekend. It was most recently staged at the famous course in 2011, as Darren Clarke won by three strokes from Phil Mickelson and Dustin Johnson. It was last staged at Royal Portrush, which was the second time that it has been held in Northern Ireland. Shane Lowry won that famous event by six strokes from Tommy Fleetwood. The Irishman has been able to hold on to The Open Championship for an extended period, as there was no major last year.

The major has a par 70, as players compete over 7,204 yards. It is a stroke play event and is typically the final major of the season. Currently, players compete for their share of the $11.5 million purse. Henrik Stenson holds the records for best par and aggregate score. He finished -20 under par when winning the 2016 Open Championship.

Jon Rahm heads the betting for The Open Championship in 2021. He finally won the first major of his career earlier in the season, as he won the US Open by one shot. However, his odds for The Open this weekend are incredibly short, which means it could be worth looking elsewhere for value in the market.

Rory McIlroy will face more pressure than others this weekend, as he looks to win a first major since 2014. He previously won The Open in 2014, and since then, has finished in the top ten on three occasions in five appearances. However, he will need to recover after missing the cut back in 2019.

Louis Oosthuizen could be a player at a bigger price that could mount a challenge. He has finished second on three occasions in 16 starts this season and has finished in the top ten on six occasions. The South African has missed the cut just once and previously won this major in 2010.

Who will win the Open Championship this weekend:

Only one favorite or joint-favorite has won the Open in the past 14 years, which means we will be siding with a player at a higher price. Matthew Fitzpatrick has enjoyed an excellent campaign in the majors, as he made the cut in all previous three.

His form has also been strong coming into this as he finished in a tie for second in the Scottish Open last weekend. Ian Poulter would be another player that we would fancy to finish in the top ten, as he has saved his best performances for this major and could improve his Ryder Cup chances with a strong showing this weekend.