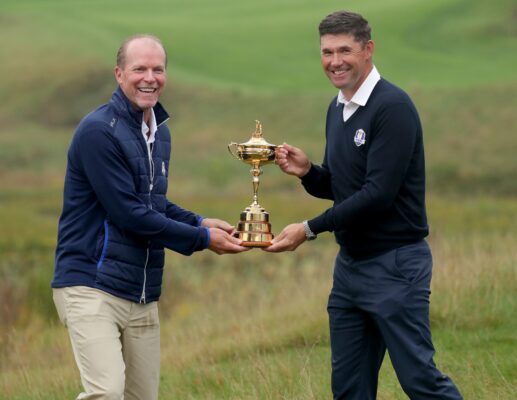 A sporting event that transcends across the world is set to take place at the end of September, as the 43rd Ryder Cup sees Team USA and Team Europe collide for the grandest prize in golf. However, can the United States team regain the Ryder Cup with home advantage this month?

The Ryder Cup format is one that fans of the sport will be very familiar with. It is a match play event, which means that every match is worth a point for the respective teams. The action is divided into three days, with the opening day taking place on the Friday. Here, four fourball and four foursome matches will be played. On the second day, the same matches will be played again, with the respective team captains of Team USA and Team Europe deciding on the players that will compete.

The final day of action at the Ryder Cup is the dramatic singles matches, where 24 players will be in action, as the action really heats up. In total, there are 28 points available, which means Team USA will need to win 14.5 points, while Team Europe will be able to regain the Ryder Cup with 14 points since they are the holders.

It is worth mentioning that the teams for the Ryder Cup are yet to be finalized, as the captain’s picks haven’t been made. However, the two respective teams are taking shape with just under a month to go before the start of the prestigious event.

Team USA have five of the six spots filled following the BMW Championship, with Patrick Cantlay joining Bryson DeChambeau, Brooks Koepka, Collin Morikawa, Justin Thomas and Dustin Johnson. The biggest issue that USA captain Steve Stricker could have is the ongoing feud between Koepka and DeChambeau. However, both players have promised to put it to one side for the team. The final picks made by the captain will be made after the Tour Championship this weekend.

Team Europe’s team is made up of players from both the world points list and the European list. Four from the European list will make the cut, while five from the world list are automatically assigned a spot. Currently, the spots would include selections for world number one Jon Rahm, Tyrrell Hatton, Rory McIlroy, and Tommy Fleetwood. Victor Hovland, Paul Casey, Matt Fitzpatrick, Lee Westwood and Shane Lowry would complete the line-up for Padraig Harrington’s team.

Who will win the Ryder Cup this year:

The Ryder Cup is the most exciting golf event of the year, and it promises to be no different in 2021. The quality in both teams is clear to see, but home advantage could be more of a factor than in any other year. Due to COVID regulations, it’s likely that Team USA have will have the most vocal support in the event in years, and that could get them over the line, providing that they don’t self-implode.