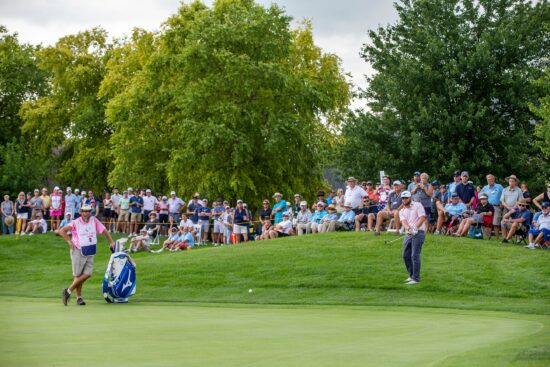 The final event of the FedEx Cup Playoffs takes place this weekend, as it promises to be a thrilling weekend in Atlanta, Georgia. Following on from the excitement of the BMW Championship last weekend, there is set to be drama, but which player will claim victory in the prestigious event?

For a long time, the Tour Championship had been the final event on the PGA Tour to be contested. However, it remains one of the events that all fans of the sport will tune into every season. The 30 best players in the world will be in direct competition. It is the event where the FedEx Cup will be awarded, and many of the biggest players have claimed success in the past. It has been a regular event on the PGA Tour since 1987 and has a par 70. Players will play across 7,346 yards in the stroke play event. Tiger Woods remains the record holder of the best score in this event, as he finished -23 when winning in 2007.

Dustin Johnson is the reigning champion here, as he won this, as well as the FedEx Cup last year. Rory McIlroy has also performed well in this event in recent years, as he has won two times in the past five years. Tiger Woods also won for a third time in 2018, while Xander Schauffele also claimed victory in the event in the past five years.

The betting odds for the Tour Championship don’t lie. It looks to be a three-way battle for the title between Jon Rahm, Patrick Cantlay, and Bryson DeChambeau. Cantlay rose up the rankings with his thrilling victory in the BMW Championship, and he now sits top of the standings with 4,302 points.

It was a thrilling finish at the Caves Valley Golf Club, as a playoff was needed to separate Cantlay and DeChambeau. That playoff defeat also saw DeChambeau rise up the standings as he moved up from ninth to third. World number one Jon Rahm is also hard to ignore despite dropping from second to fourth in the standings last weekend. However, all is still to play for at the Tour Championship this weekend.

Who will win the Tour Championship this weekend:

It is incredibly difficult to predict the winner, but we would be taking a shot at a value selection. Tony Finau needs to make up just two shots over the four rounds at the Tour Championship and shouldn’t be written off. He is currently the ninth-highest ranked player in the world and finished in the top 15 last weekend and won the Northern Trust prior to that.