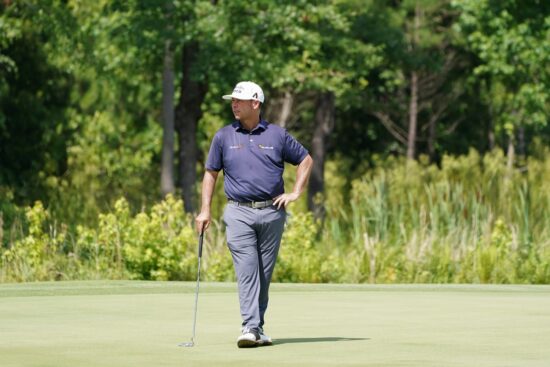 After the excitement of the US Open last weekend, the PGA Tour continues this coming weekend with the Travelers Championship at TPC at River Highlands in Connecticut. There is a talented field set to take part in the event this weekend, but which players will be able to get the victory?

The Travelers Championship has been moved around the calendar in the past, but it is back in its normal spot at the end of June. Back in 2016, it was pushed back to August due to golf being one of the sports at the Rio Olympics. The event has been a part of the PGA Tour since 1952 and will take place this weekend at TPC at River Highlands. The course has a par 70 and covers 6,844 yards in length. It is a stroke play event with a prize fund of $7.4 million.

Kenny Perry is the record holder for the best aggregate score, as he won in 2009 with a score of 258. Meanwhile, Tim Norris’s win in 1982 remains the best to part score, as he finished -25. Dustin Johnson will be looking to become a two-time winner of the event this weekend, as he won by a stroke from Kevin Streelman in 2020. However, the most successful player at the Travelers Championship was Billy Casper, who won four times.

The players at the top of the betting will certainly be the ones that gamblers are most intrigued by this weekend. Bryson DeChambeau would have been extremely disappointed with how the US Open ended for him last weekend, as he was right in contention before falling away and finishing in a tie for 26th. Johnson has very obvious claims this weekend, as he is the defending champion and has recently finished in the top ten in the Palmetto Championship.

Patrick Cantlay is currently ranked seventh in the world and finished in a tie for 15th last weekend. Paul Casey is also a prominent selection in this event, as he has come close on two occasions in the past. He was beaten in a playoff by Bubba Watson in 2015 before finishing in a tie for second behind Watson again in 2018.

Who will win the Travelers Championship this weekend:

It is fairly difficult to separate the top players this weekend, as they all have strong claims. However, as an outside player, we like the chances of Chez Reavie. The 2019 champion won by four strokes two years ago, and at a high price, he could be a place selection.