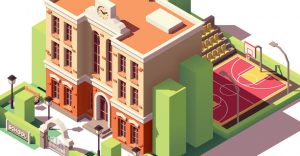 Far in the West of the country, we have the Western Conference bringing an exciting game between the Memphis Grizzlies and the Los Angeles Clippers. Definitely under pressure, the Clippers will seek to end a fairly dispiriting loss streak that has been biting teeth in the overall standing of the team.

Perhaps the main performance-exacerbating factor this past few weeks has been none other than the Clippers away trek, visiting a number of other teams to play. But now, they have an opportunity to upset their bad beat and return to a victory at home, playing against the equally motivated-to-win Memphis Grizzlies.

Memphis have definitely known a few bad turns of their own. They lost to resurgent Los Angeles Lakers late last week with players pulling off a fairly middling performance. The Lakers took a 12-point lead settling the final score at 117-105 on Friday.

All eyeballs ended on Josh Jackson who performed decently with 20.3 points that night and giving his team a fair boost in the game. Yet, the Grizzlies just couldn’t find a proper pace to address Los Angeles’ offensive which has landed them 43 wins and 12 losses this season.

On the flip side, Memphis are looking at what you may call a dispiriting 28-28. It’s definitely not their season, any bookmaker will tell you as much, not to mention the NBA fans out there who tune in to watch every night.

Jackson will certainly be part of tonight’s game as he has been contributing a fair bit in anything from rebounds to assists, to even ball possession.

The Clippers Taking a Bit of a Bad Beat

Recently, Los Angeles lost at home to the Sacramento Kings in a rather underwhelming game finishing 112-103 and not really offering the dynamic most fans have been accustomed to. Kawhi Leonard, though, did his fair share, adding 31 points to the final score with Lou Williams rounding up a good number at 24.

Yet, things have been lacking. Whether it is an overreliance on William, Leonard or Paul George who missed a few games due to an injury, the Clippers haven’t been back to their former explosive self. They are still 3rd in the overall standing, which is a fantastic score with 37-19 as of time of writing.

However, for them to keep up with their reputation this season, they would need to focus on winning at least those games that pose less of a trouble, such as the one against the Sacramento Kings.

It’s easy to judge on the sideline, of course. The Golden State Warriors went from top-of-the-food-chain to the West Conference’s worst performing team.

And it is true that presently, the Clippers are facing quite a bit of trouble, agonizing over injured players. Yet, we don’t feel they are going through the same sudden decline in performance as the GSW.

Rather, the Clippers will have to adapt to the players they have and establish a good new dynamic.

They have a chance to do so tonight.