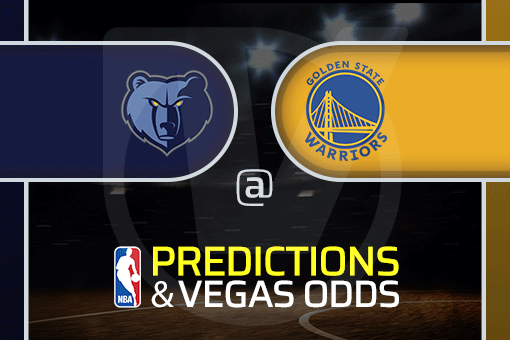 Game 5 of this series saw an unreal turn of events. The majority of the fans and the experts thought that the Warriors would close the series, but what happened at FedEx Forum was unimaginable. Memphis destroyed Steve Kerr’s boys, inflicting a loss that will be remembered for a long time. All that without Ja Morant, who is out for the remainder of the playoffs.

The ball is in Golden State’s backyard, and we expect to see their response. Of course, the Grizzlies have certain plans of their own.

Three players with 20+ buckets and seven double-digit guys, that is Memphis’ productivity in this game. We’ve mentioned that this team played maybe the most appealing basketball in the league without Morant, early into the season.

We’ve seen them dropping 18 threes, and making 47.5% of their overall shooting. Jaren Jackson Jr, Tyus Jones and Desmond Bane all had 21 points, with the note that Jackson added eight boards, and Jones nine assists. It is very important for the Grizzlies to see Bane getting into his old rhythm.

The Grizzlies had fantastic 37 assists, and that is because they don’t have Morant anymore to hold the ball in his hands often. For some, this is a great advantage for Memphis as GSW prepared its defense focusing on Morant, and at the moment, the situation is completely different.

Kerr Has to Make Adjustments

Our previous sentence says everything. And in order for the Warriors to bounce back and neutralize that, their head coach Steve Kerr and his staff will have to do something to quickly adapt to the current circumstances. It was much easier before, because the top guards were focused on Ja. Now, every player in the Grizzlies’ lineup can score.

The Warriors have to improve the glass control, with them having only 37 boards in Game 5, compared to 55 of the home side. Also, 22 turnovers are not acceptable. We have to notice here that the Grizzlies looked much better on the defensive side, and that’s because Morant, with all due respect, isn’t even a mediocre defender.

Klay had 19 points, Jonathan Kuminga 17 and Steph 14. Other players in the Warriors’ team were disastrous.

Grizzlies vs Warriors Head to Head

The spread on the Warriors is nine points and getting shorter. The way Grizzlies play without Morant suggests that GSW has certain troubles stopping them. We aren’t suggesting that the guests are going to win this one, but we believe that they have enough power to defend the spread.