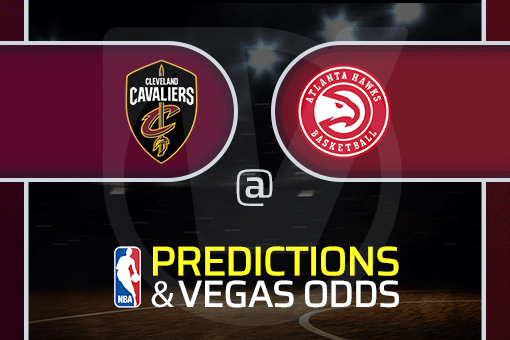 If you’re looking for the latest Hawks vs Cavaliers prediction, look no further, because Vegas Odds has you covered!

The Hawks and Cavs have two of the best backcourts in the league, so this one should be a high-scoring and highlight-filled game.

The Hawks and Cavaliers are both coming off wins.

Atlanta beat the Raptors on a last-second buzzer beat to win 124-122 in overtime on Saturday night; While the Cavs won big against the Heat on Sunday 113-87.

The Hawks are 4-3 on the road this season while the Cavs are 6-1 at home this season.

Atlanta is 20th in the league in opponents’ ppg giving up 114 ppg.

Cleveland on the other hand gives up 108 ppg to opponents on the season, good for 8th in the association.

This is a matchup between two of the Eastern Conferences’ top teams.

Atlanta and Cleveland are currently tied for 3rd in the conference as both teams sit at 10-6 respectively.

The key in deciding a winner in this game will be defense.

This is a matchup between two of the highest-scoring teams in the association.

Look for a big backcourt matchup as these two teams have two of the best backcourts in the association.

If picking a winner; the Cavs are the favorites at -2.5.