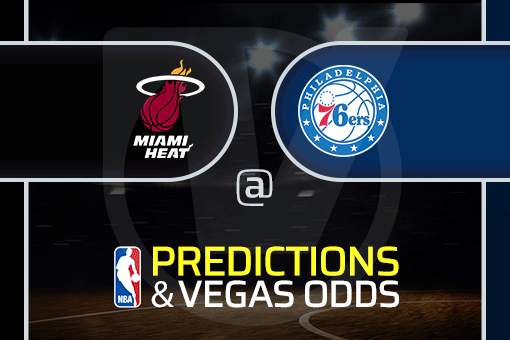 Both teams have exploited the home-court advantage so far, and we haven’t seen any breaks in this series. Philly is back against the wall, and the hosts will do anything to stay alive. The Heat have a little less pressure, but 20,000 wild fans against them at Wells Fargo Center.

East conference’s top seed did a wonderful job in Game 5, trashing the Sixers in all the aspects of the game. The final result was 120-85, with the Heat controlling the situation throughout all 48 minutes. They had a high shooting percentage and seven players with 10 or more points. Miami is known for its versatile attack and the fact that Erik Spoelstra likes to have a long rotation.

Miami is also known for its fantastic defense. This is one of the toughest teams in the league, and how couldn’t it be when it has Butler, Adebayo, and PJ Tucker. It’s no wonder that the Sixers’ top scorer had 17 points on Tuesday night.

Philadelphia 76ers suffered a knockout in Florida. This was one of the worst defeats for the Sixers in the last year or so, not just because of the margin but due to the inferiority on the court.

At certain points, the Heat wiped the floor with the Sixers. Embiid was limited, having only 17 points and five boards, but you can’t criticize the big fella, who plays with several pretty big injuries. Keeping in mind all that, the Process’ contribution was fairly satisfying.

Meanwhile, Tyrese Maxey was stopped at nine points, and the Heat completely stiffed the young point guard. James Harden was once again below the average, 14 points, 5-for-13 shooting, while Tobias Harris scored 12, with similarly poor shooting, 5-for-14.

Heat vs 76ers Head to Head

We sincerely think that the 76ers won’t have back-to-back bad offensive displays, particularly because they play at home tonight. The line for the total points is at 207, and for us, this is Over, mostly because of the previous sentence. Miami looks well on the offensive side of the ball, and the Sixers should be much better than on Tuesday night, thus, the game should see more points than predicted.