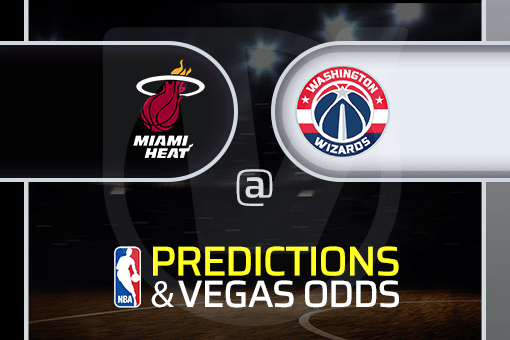 Who could have predicted before the start of the season that the Wizards are going to be after the top spot in the East? On the other side, many of us saw the Heat challenging the best teams in the league and posting big-time results. Tonight’s game will be a true test for both of these units.

Herro Out for the Heat

One of the biggest problems for Spoelstra is Tyler Herro’s wrist injury. The young sharpshooter and one of the biggest talents in the league will be out for this one, meaning that the Heat will have to make some adjustments in their game. So far this year, Herro averaged 21.7 points with 45.4% of shooting from the field and 5.5 boards.

Miami has four straight wins against the Jazz, OKC (both on the road), Pelicans, and Wizards (at home). In the last three, they’ve kept the rivals under 100 points, once again proving that, in fact, the defense is the difference-maker in their games.

The MVP award candidate, Jimmy Butler, leads the way on the offensive end with 24.8 points with 5.6 and 5.5 dimes, while Bame Adebayo scores 19.7 and adds 11 rebounds, becoming one of the best two-way centers in the NBA.

We’ve maybe mentioned this before, but there were some pretty serious doubts on our end about Wes Unseld Jr’s abilities to lead the Wizards. But, after seeing the first few games, all that vanished. After all, he is the child of the franchise and has an extra motive to prove himself.

The Wizards are 10-5, with the note that they are coming off back-to-back losses against the Hornets and Miami. In both of these games, they couldn’t surpass 100 points. Absences are hurting the Wizards way too much, but they simply have to fight their way through this adversity.

Bradley Beal is the leading scorer once again, with 23.9 points. The All-Star guard has 5.7 assists and 5.3 rebounds each night, but with very low three-point shooting percentages, 28.9%.

The Heat won on Thursday in Florida, 112-97. Butler had 32 points, Adebayo 20 with nine boards. Gabe Vincent came off the bench to add 18 for the hosts. On the other side, Beal scored 30, and Kuzma had 19 with 13 boards and seven assists.

We are leaning on Miami’s side here, because of a better defense, and the fact that Washington already has certain problems with productivity. Even without Herro involved, the Heat has better chances of winning because they have players able to play on both ends, unlike the Wizards, who depend upon offense much more.