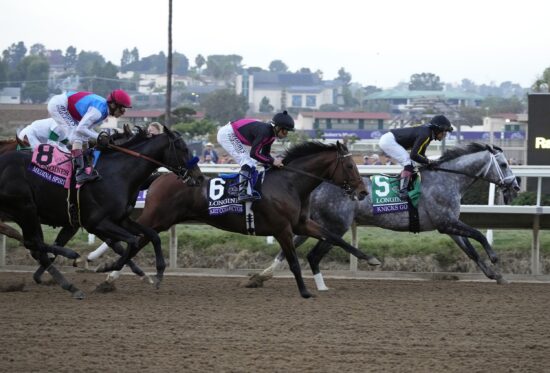 Following the conclusion of the Triple Crown season in the U.S. with the running of the Belmont Stakes, all eyes will now turn to potential routes to the Breeders’ Cup in November. The Breeders’ Cup 2022 will be staged at Keeneland, Lexington, and you can find everything you need to know about the event this year below.

Like every year, there will be an international flavor to the Breeders’ Cup in 2022, with races being run on both dirt and turf. Five championship races are held on the Friday for horses aged two, while Saturday’s action attracts stars from around the world, with nine further championship races being staged.

The Breeders’ Cup Classic is the big race of the meet, while the Breeders’ Cup Turf and Breeders’ Cup Distaff have also created memorable moments for international connections over recent years. The full lineup of races that will be staged at Keeneland in 2022 can be found below.

In order to line up in one of the lucrative races that are staged at the Breeders’ Cup, horses will need to first win a race in the Breeders’ Cup Challenge Series. These races are held across the globe, with winning connections automatically gaining entry to the relevant race.

Selected qualification races for this year’s event can be found below, including winners of previous Challenge Series races held this year.

The latest odds for the Breeders’ Cup Classic can be found above. Flightline for trainer John Sadler is a very clear favorite at this early stage. The four-year-old boasts a perfect record on track with four wins from four starts. He returned following a six-month break in June, with a dominant success in the G1 Metropolitan Handicap. That form is the strongest of the leading contenders at present.

Life Is Good was excellent in the G1 Dirt Mile last year at Del Mar, and looked strong when beating last year’s Classic winner Knicks Go in the G1 Pegasus World Cup. However, he will need to bounce back following a disappointing run overseas. Jack Christopher could be the most interesting horse in the field after returning from injury with two victories. However, I get the sense that he is more likely to line-up in the G1 Dirt Mile at Keeneland this year.