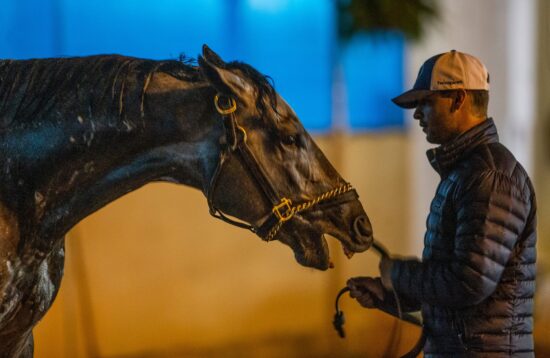 It’s that time again, as the Kentucky Derby takes place this weekend. Tipsters around the world will be trying to point gamblers in the right direction when it comes to finding the winner of the illustrious race. However, gamblers that are looking to follow tips should make sure that they are following the most trusted and respected experts out there.

Fortunately for fans of American racing, there is Jody Demling.

The tipster is one of the most respected, and has constantly delivered value picks when it comes to the featured races in the United States. But, which horse is Demling predicting to win the Kentucky Derby in 2021?

Punters would have been waiting for the tips from Demling before making their bet on the Kentucky Derby this year. They would certainly be shocked by the way that he sees the race developing, as he has revealed that he has reservations about Essential Quality.

The hot favorite for the Triple Crown race is unbeaten in his first five career starts, and recently won the Blue Grass Stakes at Keeneland. However, Demling stated two months ago that he doesn’t see the three-year-old for trainer Brad Cox finishing the Kentucky Derby in the top five.

He is a huge fan of one horse in the field, Highly Motivated.

The three-year-old is around a +850 chance with the leading sportsbooks at present.

Chad Brown trains this horse, but he has been beaten on both previous starts. It was a much strong performance last time out, as he was beaten by a neck by Essential Quality. However, a winning selection on this pick could mean lucrative returns.

Known Agenda is a horse that Demling also isn’t keen on. The three-year was drawn into post one for the Derby, which means he will be running against the rail. However, he comes into the race in great form after blinkers have been put on him.

He has won his last two, which includes the success that he achieved over Soup And Sandwich last time out in the Florida Derby. However, Demling doesn’t believe that he will make the top five.

Why Should I Listen To Demling’s Pick?

Demling is one of the most respected tipsters in American racing. He has nailed the Oaks-Derby double on nine occasions in the past 12 years. He has only failed to name the winner of both races on three occasions during this space of time.

Demling correctly tipped up Tiz The Law in the opening Triple Crown race last season, as the Barclay Tagg-trained horse went on to win by three and three-quarter lengths.

Demling’s form last year was exceptional, as he went on to name the winner of six straight massive races.

Among the races that he called the winners in were the Saudi Cup, Rebel Stakes and the Belmont Stakes.

He also successfully predicted the winners in the Louisiana Derby, Gotham Stakes and Florida Derby.

However, Demling’s tips should also be researched by gamblers. Last year, he tipped that Authentic wouldn’t finish in the top five of the Kentucky Derby. That wasn’t a successful tip from the American, as Authentic went on to win the Kentucky Derby by one and a quarter lengths from Tiz The Law.