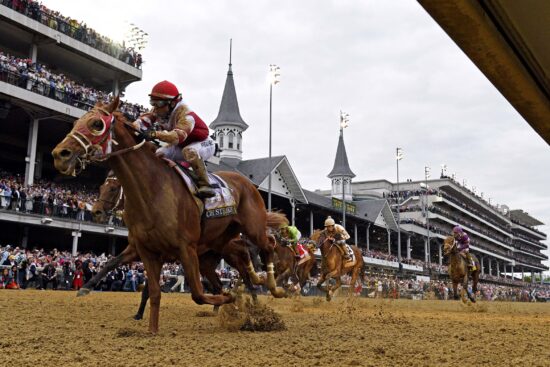 It’s fair to say that the Triple Crown got off to a blistering start at Churchill Downs at the start of May, as one of the greatest sporting shocks in history played out in front of our eyes. Rich Strike’s win for trainer Eric Reed and jockey Sonny Leon at odds of +8100 made him the second biggest outsider in history to win the Kentucky Derby, and connections will hoping that their fairytale continues at Pimlico and the Preakness Stakes.

You’d be forgiven for thinking that trends have gone out the window after Rich Strike’s shock win in the Kentucky Derby. The three-year-old broke many of the main trends when it comes to winning the Churchill Downs showpiece, including the fact that he made his debut on the turf, hadn’t won a graded or stakes race, and qualified after hitting the money on all-weather preps.

Furthermore, he became only the second winner of the famous race from stall 20. However, trends continue to be an important measuring stick, and some of the key Preakness Stakes betting trends from the past ten editions can be found below.

Steven Asmussen’s Kentucky Derby hoodoo continued this year. Epicenter looked like the most likely winner for a long time in the stretch before being beaten by Rich Strike. However, it’s fair to say, you’d find few racing experts that disagree with the opinion that he was still the best horse in the field.

He would be a deserving favorite for the Preakness, and it looks likely that he will land a big prize in 2022. However, a final decision on whether he runs at Pimlico is yet to be made.

What could you say except wow when it came to Rich Strike’s win in the Kentucky Derby. He only made it into the race after Ethereal Road was scratched 24 hours earlier, but the training feat by Reed can’t be underplayed. Reed nearly retired from the sport after a barn fire six years ago and hadn’t recorded a graded victory throughout his career.

It was an expert ride by Sonny Leon too, who also hadn’t won a graded race before the race at Churchill Downs. The +8100 Derby winner will be shorter for the Preakness, and it could be a case of history repeating itself from the 2009 Preakness.

I really liked Secret Oath for the Derby itself before she endured hard luck against the boys in the G1 Arkansas Derby. However, she rallied to finish third in that race, which was a creditable result given the trip she had.

She returned as a +600 chance for the Kentucky Oaks last time out, which were frankly ridiculous odds for a horse of her talent. She produced an excellent display to win the Oaks, as she finished two lengths clear of Nest, and will be looking to become the seventh filly winner of the Preakness. D. Wayne Lukas will also be looking for a record-equaling sixth Preakness win this year.

The final field will be announced over the next seven days. However, at the current prices, I would be very keen on Secret Oath for the reasons stated above. I also really like the chances of Early Voting for Chad Brown. The three-year-old bypassed the Kentucky Derby and will be among the freshest contenders here. We last saw him finishing second in the G2 Wood Memorial, while he has already won in graded company this year, as he came out on top in the G3 Withers.