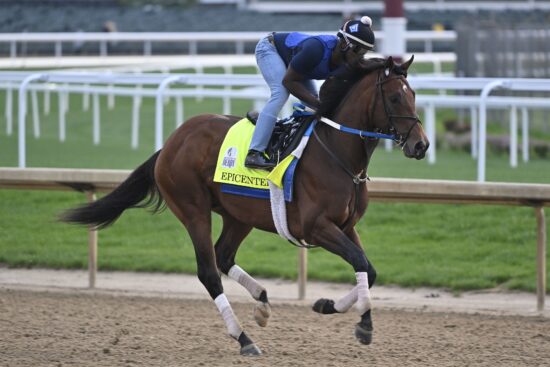 The second leg of the Triple Crown in the United States takes place this Saturday, as a field of nine will line up for the Preakness Stakes 2022. Kentucky Derby winner Rich Strike has opted to bypass the Preakness this year, while Zandon and Messier are other big hitters missing from the field. But, which horse will win the ‘Run for the Black-Eyed Susans’ this year?

The draw for the Preakness Stakes 2022 was made on Monday afternoon, and it’s likely that all leading chances will be happy with their starting positions. Pre-race favorite Epicenter will start from stall nine for Steven Asmussen, with just Skippylongstocking outside of him. Secret Oath and Early Voting will start next to each other in stalls four and five, respectively. The full draw can be found below.

There is no surprise that Epicenter will start odds-on for the Preakness Stakes this year after the draw. He ran a storming race to finish second in the Kentucky Derby, and has already won both the G2 Louisiana Derby and G2 Risen Star this year.

However, I would be extremely wary of siding with the three-year-old this weekend, as only three Kentucky Derby runners-up have won the Preakness since 1961. Eleven of the 43 Derby runners-up were favored, and only Prairie Bayou in 1993 won.

Chad Brown will be looking for a second victory in the Preakness this weekend, and Early Voting holds very strong claims. This three-year-old bypassed the Kentucky Derby in favor of a run in the Preakness, which means he comes into this as one of the fresh contenders.

That worked out well for Rombauer last year. Early Voting was last seen finishing a neck second in the G2 Wood Memorial, and has already won the G3 Withers this calendar year. He has a massive chance this weekend.

Secret Oath has a very special place in my heart, and I genuinely believe that she has an excellent chance of becoming the seventh filly winner of the Preakness this year. Seven could be the magic number for trainer D. Wayne Lukas too, as he will be looking to tie the all-time record for victories in the race.

I tipped up Secret Oath for the Kentucky Derby earlier in the year, but an unlucky trip when third in the G1 Arkansas Derby ended those dreams. However, she bounced back in emphatic fashion to win the G1 Kentucky Oaks at Churchill Downs earlier in the month, and her stalker running style could be the key this weekend.

It’s hard to separate Secret Oath and Early Voting this weekend, but I will be siding with the D. Wayne Lukas-trained horse as she could potentially be very special. Epicenter is likely the best horse in the field, but he is just way too short for a Triple Crown race. Skippylongstocking could be the value in the betting, as I think he is massively overpriced in the current market. He ran a great race for Saffie Joseph Jr when third in the G2 Wood Memorial, and also comes into this fresh.