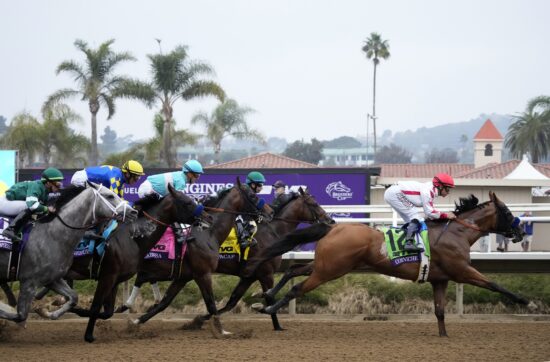 One of the big betting days of the year is fast approaching, and all gamblers will be hoping to get Kentucky Derby payouts on May 7th. Ante-post markets are already open, but we will learn more about some of the leading contenders from the prep races between now and the opening Triple Crown race of the season.

The field for the Kentucky Derby 2022 will be determined over the coming months, as vital Derby points are up for grabs in prep races. In total, there are 42 prep races in total with points available, with some more important than others. Each race offers a differing number of qualifying points, with the most important among those being the Santa Anita Derby, Jeff Ruby Stakes, Wood Memorial Stakes, and Blue Grass Stakes.

Eight races on the Road to the Kentucky Derby offer 100 qualifying points. Prep races aren’t just staged in the United States, as international qualifying points are available in races such as the UAE Derby, the Vertem Futurity Trophy, and the Cattleya. Below you can see all the prep races, and dates that they will be taking place.

It’s likely that Kentucky Derby picks won’t be made until at least after the period of big-scoring points between March 26th and April 9th, as we are likely to see many of the leading contenders in those graded races. However, history can offer guidance on the most important prep races on the Road to the Kentucky Derby.

The Florida Derby on April 2nd may be one worth examining, as 20 of the previous winners of this race have gone on to win one of the Triple Crown races. Including Maximum Security, who was later disqualified, the race has produced 15 Kentucky Derby winners. The most recent winner of the Florida Derby that has gone on to win the opening Triple Crown race of the season was Always Dreaming in 2017 for trainer Todd Pletcher.

The Santa Anita Derby has also been a successful route in recent seasons, with three previous Derby winners having come through the race at Santa Anita in the past four years. Two of the most prestigious races on the Road to the Kentucky Derby are the Wood Memorial and Blue Grass, but neither have produced a winner of the opening Triple Crown race in the past ten years.

Trends are important to identify before making a bet on the Kentucky Derby 2022. It may be important to examine the prep races taken by the most recent winners of the race, as it could offer extra insight into the route that the potential winner could take.

We are yet to see many of the leading contenders for the Kentucky Derby in 2022. Jack Christopher looks an excellent price in the ante-post market, but we are yet to see him return from injury. However, a chance could be taken. Meanwhile, I have been sweet on the chances of Forbidden Kingdom since his loss to Messier. At a massive price, he could be the way to go in the big race this year from an ante-post perspective.