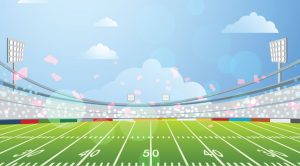 Houston Texans quickly need to win otherwise, this season will be a disaster for them. Having in mind that they await the Green Bay Packers, the prospects for improving the situation are pretty low.

Instead of chasing the playoffs, the Texans are struggling in all aspects of play this year. Furthermore, they are experiencing difficulties within the organization, after releasing Bill O’Brien. On the other side, we have the Packers who are coming into this event following a nasty loss in Tampa Bay, where Buccaneers demolished Aaron Rodgers, intercepting the No.12 twice during the game.

When, Where, and How to Watch Houston Texans vs. Green Bay Packers

Before the start of the season, DeShaun Watson was one of the top favorites for winning the MVP award. Six games into the campaign, his team is 1-5, with the change at the head-coaching position. Currently, the Texans couldn’t be in a worse situation.

Watson is doing his best, with 1786 yards yielded so far, 13 TDs, and five interceptions. But it seems that the Texans are falling apart slowly, with all sorts of negativity surrounding the team. The moral of both the players and the fans is very low, and how wouldn’t it be after such terrible losses.

Watson’s efforts are providing solid performances of the offensive team. Still, the defense is way below the expected level of play, allowing 440.3 yards per game, an incredible 177.5 yards on the ground.

Deal With the Loss and Move On

That is the motto of the Packers after a blowout in Tampa Bay. Aaron Rodgers threw his first interception since the start of the season, and the third pick-six in his entire career, which has to hurt one of the best passers ever. If not the best one.

Packs superb offense needs to bounce back as quickly as possible, and use the fact that they have one of the worst defensive teams in the league across the field. Aaron Jones is the elite rusher here, and with 5 ground TDs so far, he needs to use Texans’ sluggish run-game defense.

If they manage to do this, Green Bay will not have any trouble beating the wobbling hosts, who are trying to avoid a knockout early on into the season.

There haven’t been too many games between the Texans, and the Packers, only four, and Green Bay leads 3-1 in the series. The latest clash took place in 2016, with the Packs beating the Texans in Houston, 21-13.

Green Bay is a much better unit, with a much better defense than the Texans, which is why we believe in their victory. The spread on Rodgers’ crew is only -3.5, and to be honest, we were a bit surprised once seeing this figure. They did lose against the Bucs, and this reaction from the bookies is a bit radical for our taste. Therefore, we recommend using this gift and betting on the Packers to cover the spread and go home with another triumph.