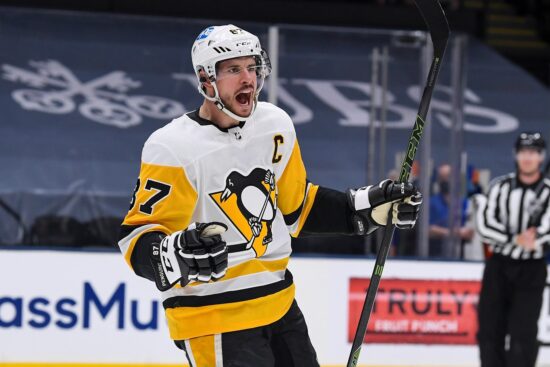 It has been a disappointing number of seasons for the Pittsburgh Penguins since they last won the Stanley Cup in 2017. What has followed has not been what fans would have been expecting. That success in 2017 saw the Penguins become back-to-back champions, something that has been emulated by the Tampa Bay Lightning in the recent finals.

However, most recently, their success in the playoffs has been non-existent, as they have crashed out in the first round in each of the last three years, but could the additions made over the off-season impact their odds to win the Stanley Cup this season?

The biggest business that the Penguins did this summer was conducted in the space of two days. They first brought in Brock McGinn on a four-year deal, before adding Danton Heinen the following day. The signings were made as an immediate response following the departures of Jared McCann and Brandon Tanev, who left for the Toronto Maple Leafs and Seattle Kraken, respectively.

McGinn has been in the NHL since being drafted in the 2012 Draft by the Carolina Hurricanes. However, the last couple of seasons have been slightly disappointing, as he hasn’t reached the number of goals that would be expected of him. He scored eight goals in the regular season last year, before adding three to that tally in eleven playoff games. However, that is a similar return to the numbers that were recorded by Tanev last season, as the former Penguin scored seven goals and made nine assists.

McGinn’s best scoring season to date came in the 2017-18 season, as he scored 16 and assisted 14. In terms of goals, that is better than Tanev’s best NHL season, as his best came when scoring 14 with the Winnipeg Jets in 2018-19. However, he did also assist 15 goals during the same season.

Do Other Replace McCann?

McCann was a prominent scorer for the Penguins last season in the regular phase, as he scored 14 times for the second straight season. Neither of the new additions has a proven track record like the new Maple Leaf. Heinen has played for the Anaheim Ducks and the Boston Bruins over the past two seasons. He scored ten goals in 66 games in the 2019-20 season across spells with the Bruins and Ducks.

He wasn’t able to kick on last season, as he scored seven and contributed seven assists in 43 regular-season games. His lack of playoff experience in recent seasons may also be a slight issue as the Penguins look to overcome the first hurdle for the first time in three seasons.

How Does It Affect The Penguins Stanley Cup Odds?

According to the BetOnline.ag odds for the Stanley Cup, the Penguins fans’ shouldn’t get their hopes up for a big challenge this season. They remain +2800 outsiders to win the big prize for the sixth time in their history. The Penguins are also +1600 outsiders for the Eastern Conference title and a +525 chance for the Metropolitan Division.