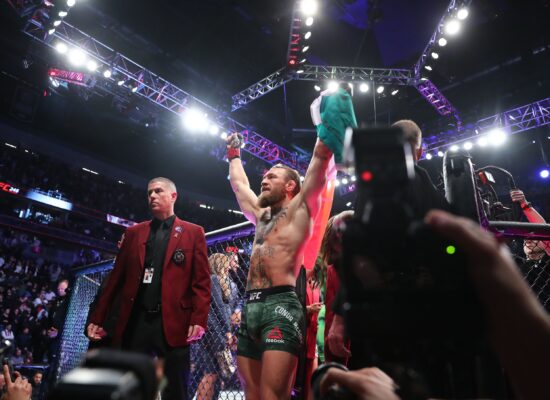 The world of MMA will be getting more excited over the coming weeks, as the long awaited return of the biggest star in UFC gets closer. Conor McGregor hasn’t been inside the octagon for over a year, but that is set to change when he clashes with his old foe Dustin Poirier on Saturday 23rd January.

How To Watch McGregor vs Poirier

The most efficient way to watch McGregor vs Poirier will be through ESPN+. The streaming site will offer a dedicated stream for all the main card at the UFC 257 event, which means that it is also the best place to watch Michael Chandler’s UFC debut. ESPN+ is one of the standout sports streaming sites available to fans, and will cost just $5.99 per month. There are also other offers available for fans looking to sign up.

If you want a long-term deal with the streaming site, then you could opt to pay the annual price of $59.99 instead. Meanwhile, there is also a deal available, which will see you get ESPN+, Disney+ and Hulu for just $12.99 per month. However, those with an subscription will also need to pay a PPV charge for the event. Passionate UFC fans should look into either the PPV Package or PPV Standalone package. The standalone package will cost $69.99, while the PPV package will cover all of the sports available on ESPN+ and the PPVs for an annual price of $89.98.

Other Sites to Stream McGregor/Poirier

Those fans that aren’t looking to pay the price for the event have already been warned by Dana White, who has vowed to surprise illegal streamers this year.

White has been locked in a war with illegal streams for over a decade now, and this has led to a number of sites being closed down and prosecutions for those responsible.

There will still be a number of sites that will be offering the fight free of charge, but with White on the warpath, it may not be the best way to watch the big fight. These sites have typically proven to be an unenjoyably way to watch the action regardless, as they often buffer at pivotal moments of the fight, and they are typically lagged, which means that they could be minutes behind the live action.

Watching the action is undoubtedly the best way to follow the action. However, it is by no means the only way. If you didn’t want to pay the price to watch UFC 257, then the most effective way to stay up to date with the action would be to listen to it on the radio. Team ESPN Radio will have exclusive commentary of McGregor’s big return to the octagon, while TalkSport will also have dedicated coverage of the whole event. Those looking to watch the prelims will be able to watch those on the UFC Fight Pass.