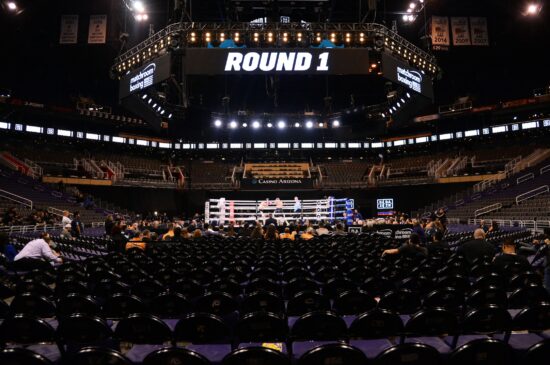 There will be a huge night of heavyweight boxing action this weekend, as Anthony Joshua fights on British soil for the first time in over two years. An exciting night of action will be headlined by the heavyweight title bout, but there is also an exciting undercard of bouts including Hughie Fury vs Mariusz Wach.

Hughie, brother of heavyweight champion Tyson Fury, will come into this fight as the heavy favourite to get the win against Wach. Fury has enjoyed an excellent boxing career to this point, and will be looking to put himself on course for a second heavyweight title shot. He has experience of creating history, and that was evident when he became the first British fighter to win a gold medal in the super-heavyweight division.

In truth, Fury has been knocking on the door for a potential world championship for a while now, but has fallen short in the three defeats that he has suffered. The first of those was against Joseph Parker in his only shot at the WBO title to date. He lost against Parker by majority decision. He also suffered defeat against Joshua’s opponent this weekend in October 2018, and most recently against Alexander Povetkin by unanimous decision in August 2019. However, he looks to be back on the route to a title opportunity judging by his performance in his last fight, as he knocked out Pavel Sour in the third round in March.

Wach Has Point To Prove

Like Fury, Wach will also be looking for the win to potentially earn a second world title opportunity. Wach’s only former shot at the world title come against Wladimir Klitschko, as he was beaten by the legendary fighter for the IBF, WBO, IBO and WBA (Super) titles.

It has been up and down since that defeat for Wach, as the 40-year-old has lost four of his last seven fights. The most recent of those came against Dillian Whyte on the undercard for the last Joshua fight against Andy Ruiz Jr in Saudi Arabia. He has also been beaten by Jarrell Miller, Martin Bakole and Artur Szpilka over the last three years. Wach was able to claim a much-needed win in his last fight, as he beat Kevin Johnson by unanimous decision in his native Poland. But, this will be a more difficult fight.

There is no doubt that Wach will make it tough for Fury in their contest on Saturday night, as the Pole has only been knocked out on three occasions during his 42-fight career. This battle of giants contest looks set to be a slog, but it’s hard to look past Fury claiming the win.