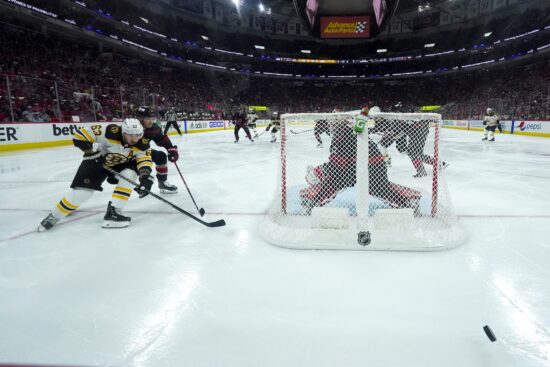 There will be a game with huge stakes taking place in Boston on Thursday evening, as the Bruins look to force a game seven against the Carolina Hurricanes. The visitors will be looking to avoid a game seven and seal their series win on Thursday.

It is a win at all costs game for the Boston Bruins at TD Garden on Thursday, as defeat would see them exit the Stanley Cup playoffs at the first hurdle. Throughout this series, their form in home games has been very strong, as they have won each of the two games that they have played in Boston against the Hurricanes.

Over the course of those two games, they have scored nine goals, and have allowed just four. The most recent of their home wins came in game four, as they sealed a deserved 5-2 success back on May 8. Brad Marchand scored twice in that win, as the Bruins scored three in the final period to clinch the victory.

The Bruins home form throughout the regular season was also relatively strong, as they went 26-13-2 in the regular season, but they have been able to take their game to a new level at TD Garden in the post-season.

The Carolina Hurricanes are among the favorites to go deep in the Stanley Cup this season from the Eastern Conference, as they ended the regular season in second overall. Only the Florida Panthers picked up more points during the regular campaign. But, like the Bruins, home form has been their strong point throughout the playoffs.

The Hurricanes went 29-8-4 at home throughout the regular season, and that momentum has carried over into the playoffs. They have eased to wins in all three of the home fixtures that they have played in this series, and have scored five on all occasions.

That includes their victory in game five, which saw them pick up a 5-1 win on Tuesday evening. Seth Jarvis scored twice in that win, while others goals in the success were added by Tony DeAngelo, Vincent Trocheck, and Jaccob Slavin.

There has been a very obvious trend throughout this series, and that has been the dominance enjoyed by the side playing at home. Therefore, we could see the Bruins getting the win to force a game seven, while over 1.5 goals could once again be scored in the opening period.