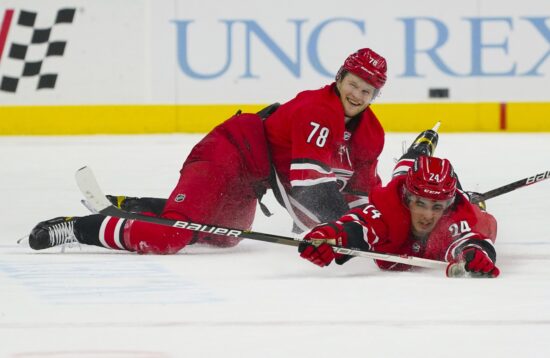 There is a fascinating battle in the Eastern Conference on Tuesday evening, as the in-form Boston Bruins look to record a sixth straight victory when they come up against Metropolitan Division high-flyers, the Carolina Hurricanes. But, which franchise will take the victory?

The Boston Bruins are the form team in the Atlantic Division at present, as they have won their last five games. Boston have gone 8-2-0 over their previous ten. Only two other sides in the Eastern Conference have won eight of their last ten games in the NHL. The Bruins still face an uphill struggle to finish high in the Atlantic Division standings, as they are currently in fourth place, behind the Maple Leafs, Lightning, and Panthers. However, the Bruins have been excellent defensively throughout the season, as they have conceded just 90 goals, which is the lowest in the division and second-lowest in the Eastern Conference.

Boston have played their last three games at TD Garden, and have won on all occasions. Their latest victory came over the weekend, as they edged past the Nashville Predators with a 4-3 success after overtime. The Bruins went into the second period with a 2-1 advantage, before conceding the only goal in the second. Both sides scored once in the final period before the Bruins snatched the victory in overtime. Taylor Hall, Brad Marchand, Mike Reilly, and Craig Smith scored the goals in the victory.

The betting odds to win the Metropolitan Division are extremely tight at present, with all teams in the top four having a very good chance. The Hurricanes are currently second in the standings but have games in hand over all the rivals around them. They have played four fewer games than the Rangers, who are the current leaders in the division. Carolina have won seven of their last ten games in the NHL, which included their recent win over the weekend, which ended a two-game losing run.

It was a strong performance by the Hurricanes over the weekend, as they scored four in the 4-1 success over the Vancouver Canucks. Carolina scored two in the second period and added a goal in each of the first and third periods. Steven Lorentz, Sebastian Aho, Martin Necas, and Vincent Trocheck scored the goals in the victory at home.

Cases can be made for both sides in this fixture. However, we will be giving the preference to the Bruins, as we can see them winning a sixth game running. Over 1.5 goals would be our pick for the first period, while under 2.5 goals would be the selection for the second.